– Israel DMW always gives his fans something to talk about, and the logistics manager of award-winning Nigerian artiste Davido has done it again

Davido’s logistics manager Israel DMW has taken to social media to advise Nigerians on who they need to fear.

Israel, who narrowly escaped being sued by DJ Cuppy after making a defamatory statement about the singer, said it is important to fear God Almighty, the government, and five star billionaires.

It is, however, unclear why Israel took to his Instagram page to give such a piece of advice. 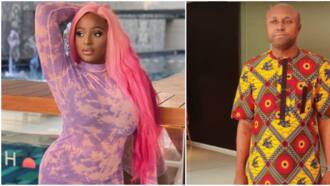 While some social media users believed Israel was just having fun, others were of the opinion that the logistics manager had been taught a lesson.

“Them don do my guy strong thing.”

Recall earlier on, Legit.ng reported the news of how the billionaire daughter released a statement revealing her plans of suing Isreal for libel and defamation over his remarks about her concerning Zlatan Ibile.

Well, Davido took to her Instagram comment to react to the post. As is the trend with the DMW crew, Davido dropped a ‘tule’ as his comment, suggesting the Jollof On The Jet crooner let Isreal be. 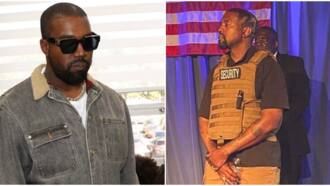 The comment which got thousands of likes and replies left many social media users amused.