Amid rumours that Governor Nyesom Wike of Rivers plans to leave the Peoples Democratic Party (PDP), another serious, unconfirmed claim has emerged.

A keen supporter of Asiwaju Bola Ahmed Tinubu’s presidential ambition, Joe Igbokwe, has stated that there are talks that Wike will meet President Muhammadu Buhari, the All progressives Congress (APC)’s presidential candidate, and governors of the ruling party.

According to Igbokwe who said this via Facebook on Sunday, June 26, this meeting will be taking place anytime soon. 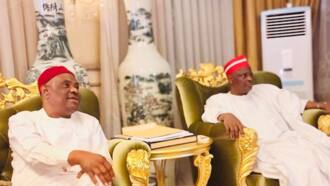 “I hear that Wike will be meeting President Buhari, Tinubu, and APC governors anytime soon.”

Legit.ng gathered that the meeting lasted for a few hours in the personal residence of the Rivers state capital.

Meanwhile, Obi had revealed the reason for his visit toWike.

Speaking about the visit, Peter Obi via his verified Twitter page on Wednesday, disclosed that he visited Port Harcourt to confer with the governor about vital issues of national interest.

Sharing the photos, he tweeted: 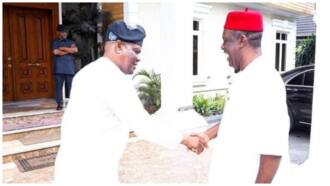 Legit.ng reported that the special assistant to the governor on media, Kelvin Ebiri, confirmed the meeting in Port Harcourt.

He, however, did not state the reasons for the meeting which was holding behind closed-door.