Chelsea are one step away from reaching the semifinals of the UEFA Champions League competition this season.

The Blues outshined FC Porto 2-0 in the first leg of their last-eight encounter earlier this week and will hope to finish what they started in the second leg next week.

Despite starting the season poorly, Thomas Tuchel’s men are doing extremely well at the moment with just one defeat since the German tactician came on board in late January. 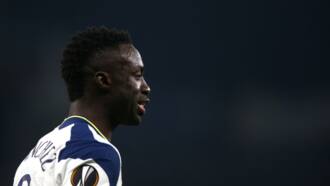 The London club dumped Atletico Madrid out of the competitions in the last-16 and they are close to doing the same to Porto with a two-goal advantage from the earlier fixture.

Meanwhile, there are similar signs that led to their European glory in 2012 that are already showing this season according to SunSport.

Firstly, they sacked a young manager

The Blues won their only UCL title under Roberto Di Matteo who was the caretaker manager after Portuguese boss Andre Villas-Boas was sacked on March 4, 2012, following a poor run of results.

This has already taken place after the Stamford Bridge outfit sacked another young manager Frank Lampard with Chelsea languishing down in ninth in the Premier League.

Chelsea’s only defeat since the arrival of Thomas Tuchel came in the hands of West Bromwich Albion who claimed a 5-2 win at Stamford Bridge – ending German’s 12-game unbeaten run. 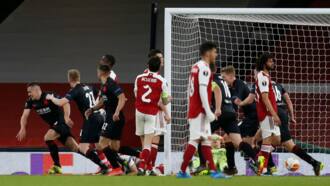 The defeat caused quite a stir but the former PSG handler bounced back in style against Porto in midweek.

Similarly, a 1-0 defeat to West Brom proved to be the final straw for Villas-Boas back in 2012 as he was sacked with the defeat leaving the side three points off the fourth spot.

Beating a Portuguese team in the quarter-finals

Di Matteo inspired Chelsea to victory over Benfica in the quarterfinals in 2012 with Salamon Kalou scoring the crucial away goal at the Estadio Da Luz to take a 1-0 lead back to the Bridge.

While Lampard’s penalty and stoppage-time Raul Meireles’ goal ensured the Blues went through 3-1 on aggregate despite Javi Garcia’s 85th-minute goal in West London.

Similarly, Tuchel’s men recorded a 2-0 win over another Portugal topflight and they will be expecting to get through in the second game against Porto with two away goals in the bag. 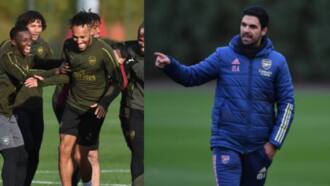 Playing Spanish giants in the semi-final

If Chelsea progress, they will face Real Madrid in the semifinals and this is almost the same scenario that played out nine years ago when Fernando Torres stunned Barcelona.

Coach Zinedine Zidane’s men also secured a 3-1 first-leg win over Liverpool but all is not done as both teams will file out at Anfield next week.

The tactician heaped praises on goal scorers Mason Mount and Ben Chilwell as they take a giant step towards the semifinal of the competition.

He stated that he was sure his boys would bounce back from their Premier League loss to West Brom over the weekend after they played most parts of that game with 10 men.