– More supports and sympathies have come the way of Mary Daniel

The Lagos state government has expressed willingness to offer accommodation and other safety assistance to Mary Daniel, an amputee bottled water seller, amid an abundance of sympathies recently coming her way.

Aderemi Adebowale, the special adviser to Governor Babajide Sanwo-Olu on civic engagement, made this known on Monday, April, 12.

He added that Daniel has been taken to protective custody in the state pending the conclusion of plans to get her an apartment and set up a business, The Punch reports. 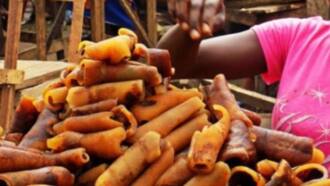 Legit.ng had earlier reported that the 26-year-old mother shot into the limelight after a good samaritan took her now-viral pictures hawking water inside the traffic around the Oshodi area of Lagos.

Daniel, whose dream was to become a lawyer, tragically dropped out of school at Junior Secondary School 3 following a fatal accident that claimed the lives of her parents and led to the loss of her leg in 2006.

Life has since taken a bad turn for the 26-year-old who relocated to Lagos two week ago from Delta state in search of a verdant field until last week when heavens smiled on her.

Adebowale, who said he was concerned about the safety of Daniel since helps keep coming her way, promised to ensure she is “properly settled in Lagos.”

“We asked if she wanted the state government to take over the case and help her settle down and she agreed. That is why the Office of Civic Engagement under Governor Babajide Sanwo-Olu is taking over her case. I have called the Commissioner for Youth and Social Development. She would be settled in a home in Ikorodu for about a week. 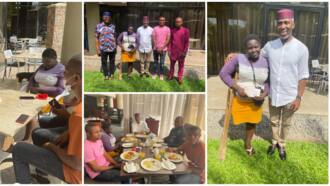 “I will be her guardian and make sure that she is properly settled in Lagos. We will make sure she becomes a responsible citizen in Lagos.”

Making public the humanitarian gesture by the Nkwerre-born philanthropist and politician, his social media aide Darlington Ibekwe on Facebook said Nwosu flew into Lagos and met with Mary on Sunday, April, 11.