– Maintland-Niles was shipped out on loan to West Brom last season, having been deemed surplus to requirements

-Maitland-Niles divulged he is yet to get word from the club, a situation that he feels would push him out of the club

Ainsley Maitland-Niles has opened doors for a potential summer exit if Arsenal fail to make clear his role at the club.

Maitland-Niles spent the second half of the 2020/21 season on loan to West Bromwich Albion but was unable to help save the Baggies from getting relegated.

Daily Mail reports the player is now due to return to the Gunners this summer but he appears concerned about his future at the Emirates, given he has not received communication from Arteta or anyone at the club regarding future plans for him. 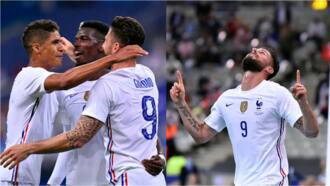 The 23-year-old was often deployed at right-back under Arteta, but he is said to prefer a role as a box-to-box midfielder.

Maitland-Niles has now demanded clarity from Arsenal over his future, conceding his time at the north London club may be coming to an end.

“They can tell me whether they’ve got plans to play me in the future or if they want to sell me. I’ve heard they want to make some space [in the squad] and some money so I’m not sure,” he told The Telegraph.

The Englishman further noted he is keen to find out if he is part of the club’s plans for next season, adding he has already done enough to attract interest from potential suitors.

“I would like some kind of indication of what is happening. Where they [Arsenal] see me. If it works out, it works out, if it doesn’t then kiss Arsenal goodbye. It’s been a long journey but a proud one at that,” he added. 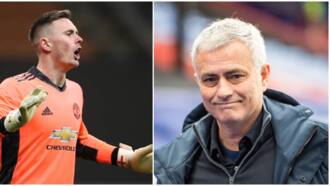 Maitland-Niles was subject of transfer speculation last summer, courting interest from a number of Premier League clubs including Wolves, Newcastle, and Brighton.

The uncertainty surrounding his future comes at a time the Gunners are understood to be looking to reinforce their squad following a disappointing campaign during the 2020/21 season.

They are said to have lined up a stunning transfer move for Wolves star Ruben Neves, who is also keen on moving to north London.