– The gang said the insecurity challenges in Nigeria has escalated

– In the past few months, bandits have been carrying out series of attacks and kidnappings in northern Nigeria

Some bandits have demanded for President Muhammadu Buhari to spearhead talks with them as a condition for embracing peace and laying down their weapons.

The bandits made the demand in an interview with Daily Trust which premiered on Wednesday, February 24. 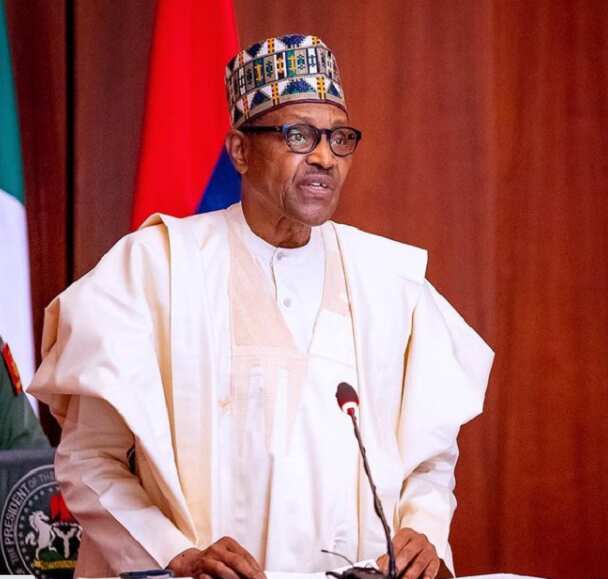 Buhari has declined to negotiate with the bandits.
Photo: @ buharisallau
Source: Instagram

A masked member of the group who spoke on behalf of the outlaws questioned why Buhari who traveled around the country when he was campaigning could not do so for peace’s sake.

The bandit further criticised Buhari for not having allocation in the budget for the nomadic communities.

The gang accused the president of refusing to take the peace talks seriously despite the fact that people are being killed every day.

President Buhari reveals why he will never grant amnesty to bandits

According to the spokesperson for the group:

“There is no day that someone is not killed between Zamfara, Niger, Kaduna, Sokoto and Katsina. There is no tribe that is spared, gunmen kill, soldiers kill, vigilantes kill. Whoever you see with a gun today in Nigeria, he uses it to kill people. You may not know but if I were to tell you the situation of things in this country, you will cry. Even the president will cry.”

The group claimed it supported Buhari when he first became Nigeria’s president and that the president has not rewarded their gesture.

Meanwhile, President Muhammadu Buhari has dismissed the calls for the federal government to grant amnesty to armed bandits and other criminals.

According to The Nation, the meeting had in attendance the northern state governor’s forum, northern traditional rulers’ council, and a delegation from the federal government.

In another report, three local government areas in Kaduna state, Giwa, Chikun, and Igabi, have been attacked by deadly bandits.

Channels TV reported that no fewer than 18 people were killed by the bandits in the affected local government areas.