Nollywood actress Funke Akindele has got her fans and followers gushing after she shared a cute video on her social media page.

The actress, who has been travelling from one place to another to ensure that her movie Omo Ghetto is getting sold out in cinemas, revealed that she is also on another movie set and is tired.

To her surprise, her husband JJC Skillz stormed her movie set with a bouquet of flowers to help calm her nerves. 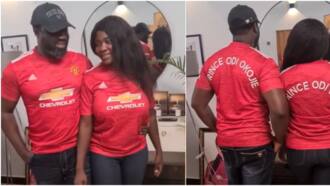 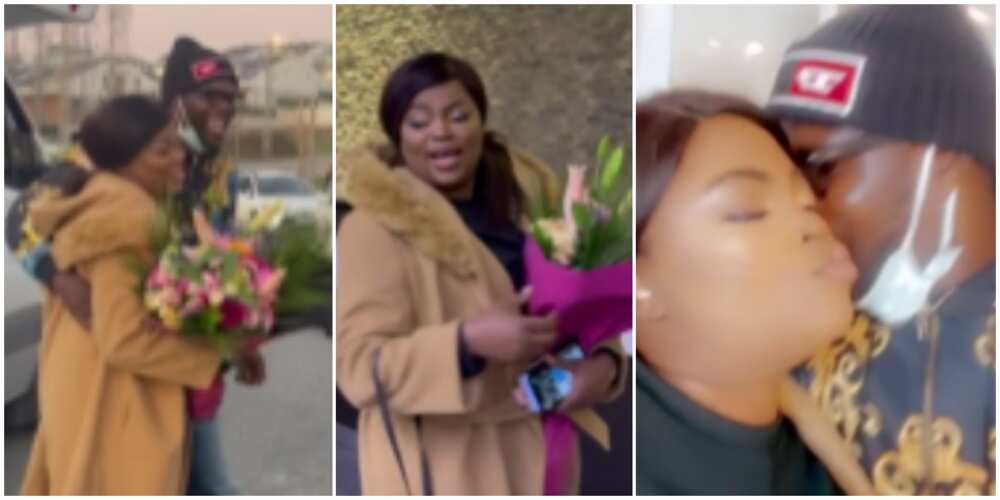 Funke Akindele gets a surprise from her hubby.
Photos: @funkejenifaakindele
Source: Instagram

In the video, JJC visited a flower shop and a florist was spotted helping him to pick fine flowers.

The mother of two was then spotted with a group of people talking when she suddenly heard the voice of her husband. The actress’ mouth was wide open when she saw the flowers in her husband’s hands.

As expected, Funke’s fans had something to say about her husband’s kind gesture.

“Awwwwwn…well done Ma love is truly a beautiful thing when you’re with the right one.”

In other news, Legit.ng earlier reported that Funke Akindele shared a photo as she and her hubby vacation in Turkey.

The lovebirds recently travelled to Istanbul, Turkey, for vacation and they shared the news on social media. 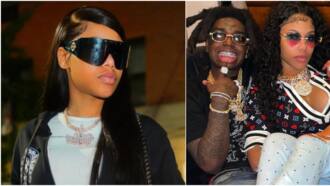 I said yes: Kodak Black’s girlfriend flaunts diamond ring as she gets engaged to rapper

Funke shared a photo of herself with her man dressed in comfortable clothing and also abiding by the COVID-19 prevention rules by wearing facemasks.