Home / Blog / Entertainment / BELLA MURPHY: I had to audition for my dad’s Coming 2 America

BELLA MURPHY: I had to audition for my dad’s Coming 2 America BELLA MURPHY: I had to audition for my dad’s Coming 2 America


Legendary American actor, Eddie Murphy is set to release the sequel to his hit film, Coming 2 America. The success of the first franchise which grossed over $300million had evoked the need to release a sequel almost 33 years after.

For the sequel, one of Eddie Murphy’s daughters, Bella, made her acting debut playing Omma, one of King Akeem’s three daughters alongside Kiki Layne, and Akiley Love.

In an exclusive interview with The Nation’s ASSISTANT ENTERTAINMENT EDITOR, GBENGA BADA, Bella opens up on auditioning for a role in her dad’s film, acting as her dad’s daughter and engaging in physical combat with renowned actor, Wesley Snipes.

SO what was it like being on the same set and working with Eddie Murphy, a legend, who is also your dad?

Yeah, it was really fun. I always felt like I was learning something new, because I just got to watch everyone work. And I was just learning every single day. And that was really great for me, because I’m very passionate about acting. So if I could be getting better every single day, that’s amazing. So I was really happy about that. And I was just really happy to be able to share that very first experience with my dad, because it’s awesome. And you know, not many people get to say that they got to do something with their dad. So I was really over the moon about it and just really happy. 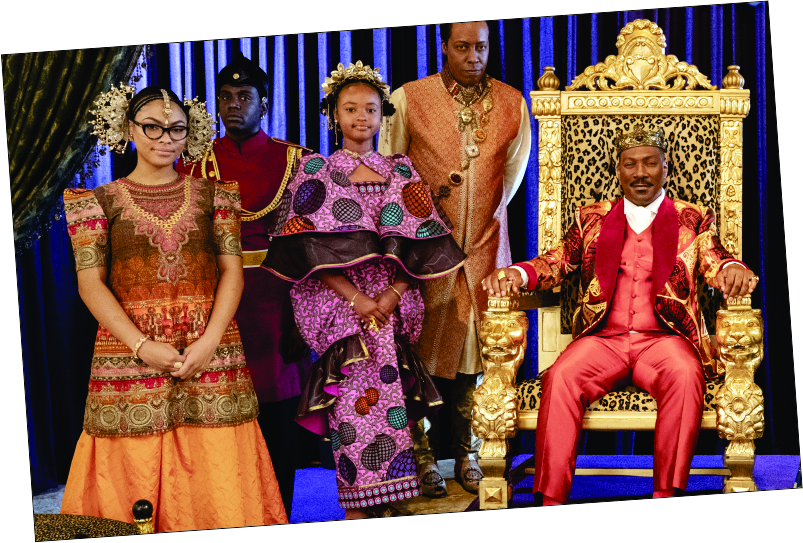 So was he loving and doting dad on set or was it quite professional with him?

On set, oh, no, it was very professional. It was, you know, I felt like I was treated. Mostly like how everyone else was treated. And you know, I mean, I hung out with my dad, but I don’t think that’s pampering because I was just with my dad. But uh, yeah, it was just normal. I wanted to be treated like everyone else. I didn’t want to be treated differently. I feel like that would have been strange. If I was treated differently, you know?

So I noticed your character had eyeglasses all through the film but you don’t wear eyeglasses, how did you cope?

Oh, yeah, I did have to wear glasses. That was written in the script. I don’t wear glasses at all. My sister wears glasses. And my mom wears glasses, but I don’t have to wear them. But yeah, it was cool. Almost a really cool character because she’s super studious, smart, and also badass because you get to beat people up. So I really enjoyed playing her. She was really cool. So it wasn’t uncomfortable.

Oh, no, not at all. Um, no. I liked wearing the glasses if they brought everything together with her character.

You said the first time you saw the original Coming to America, you were about 10 years old, did you ever think of featuring in a sequel?

So, how did you get the role?

So, I did ask to be an extra in this one again. And at first he said yes. I was surprised. And then after he said that, like time went by. And he said that I could play the princess if I wanted. Or not. I could but I could audition for it. And I was like, Yeah, do I want to do that? So that’s how that started. And we actually went through the audition process. Wow. Well, I’m glad that I did. Because I don’t think I wouldn’t like it if the role was just handed to me because it wouldn’t feel like it was mine. You know.

So how easy or difficult for you with the martial arts?

I was cool. It was so cool. I felt like I was a superhero. I was on my condo stuff. I was like, Yes. It was really fun. But I was also really nervous because I don’t, I’m not athletic. In the beginning, I was very nervous because of that. And I was just like, how is this gonna work a little bit? Because I don’t, I don’t, I don’t do things like that. But it ended up being something that I actually really loved. And by the end of it, I got to do one of my scenes all by myself, which was really cool. And, you know, but it was scary. Because I was running, there was a scene that we were doing, and I had to run past Wesley Snipes, and do all this stuff with my boss that and that whole time, I was like, please don’t hit Wesley Snipes. While you’re doing this, please just don’t do this. Don’t do it. And thank God, I didn’t. But it was definitely cool, but I was very worried about that.

What would you say the film is preaching, and which you will imbibe going forward?

Well, I think this movie is all about black excellence and black joy, and you know, representing us in a positive light and, you know, empowering us so that, you know, younger black kids can look up and see it and be like, Oh, I can do that. Or I can, I can dress like that I can you know, because that’s what it was. For me. When I first watched it. It was just very empowering. So I know the film’s gonna do that again for us. So I’m just, I’m happy about that.

So where do you see yourself after the release of the film? 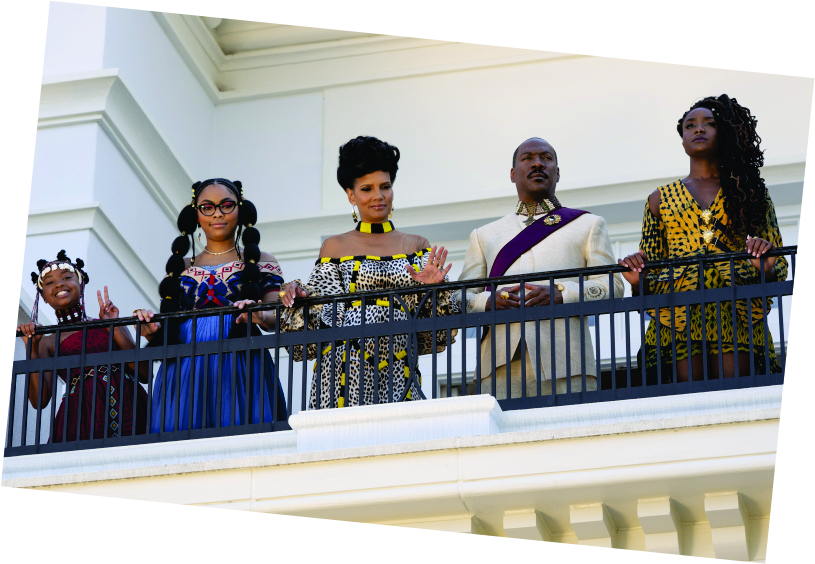 After the release? I’m definitely going to continue with acting, I still am. I’ve been going out on auditions and haven’t gotten anything yet. But hopefully something soon. And yeah, me and my sister Jolla, right a lot. So I can definitely see us doing something. Like maybe making our own movie someday or, you know, just going further with that. Definitely.

So finally, I mean, what next for Bella after Coming 2 America?