– The Kwara state governor who condemned the incident on Friday, June 4, ordered security agencies to bring the killers to justice

Kwara state – The news of the murder of Miss Olajide Omowumi Blessing, a 300-level student of the University of Ilorin from the Department of Agriculture, has gotten to the government of Kwara state.

Blessing who hails from Oke-Opin in Ekiti local government area of Kwara state was r*ped and murdered in her home at Tanke, Ilorin, by some yet-to-be-identified persons on Tuesday, June 1.

In response to the sad development, Governor AbdulRahman AbdulRazaq of Kwara state described the incident as heart-wrenching and absolutely unacceptable.

On his Twitter page, AbdulRazaq on Friday, June 4, the governor called on the security agencies to bring the killers of the 300-level student to justice.

AbdulRazaq added that he has joined the people of good conscience to seek justice for Blessing so that such callous action and its perpetrators will never find a foothold in society.

He also issued a strong warning to suspects saying the state will not tolerate indiscriminate violence against any person, much less the girl child.

Meanwhile, the police authorities in Akwa Ibom state have shared more details on the death of a young lady, Iniubong Umoren.

Umoren’s had left her house on Thursday, April 29, to honour a job interview, but unfortunately, she did not make it back home as her life was cut short. 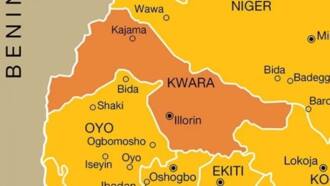 In a statement on Sunday, May 2, Odiko MacDon, a police spokesman, disclosed that one Uduak Frank Akpan has been apprehended in connection with the sad incident.

According to MacDon, 20-year-old Akpan confessed to luring Umoren to his house in the guise of giving her a job.