Breaking: Former Emir of Kano, Sanusi gets another huge appointment a year after dethronement ▷ Nigeria news Breaking: Former Emir of Kano, Sanusi gets another huge appointment a year after dethronement ▷ Nigeria news


– The former Emir of Kano, Muhammadu Sanusi II has added another feather to his cap

A former Emir of Kano and past governor of Central Bank of Nigeria, Muhammadu Sanusi II has been appointed as the leader of the Tijjaniya sect in Nigeria.

Daily Trust reports that Sanusi’s appointment was announced in Sokoto state at the ongoing conference of the sect.

His nomination takes effect one year after he was dethroned by Abdullahi Ganduje, governor of Kano state.

The sect has not appointed any leader since the death of Sheikh Khalifa Isyaku Rabiu back in 2018.

It was gathered that Sanusi’s late grandfather, the Emir of Kano Muhammad Sanusi I, was a leader of Tijjaniyah, a Sufi order. 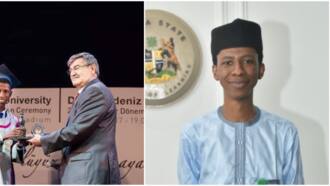 This development is coming after the former monarch was appointed as the vice-chairman of the Kaduna Investment Promotion Agency (KADIPA).

Nasir El-Rufai, the governor of Kaduna state, confirmed Sanusi’s appointment at the formal inauguration of the KADIPA board on Thursday, March 4.

The governor thanked the former emir for accepting to serve the people of the state. He also urged the board, chaired by Hadiza Balarabe, his deputy, to double its efforts in making the state the topmost investment destination in Nigeria.

Meanwhile, Legit.ng reported that Sanusi went back to school after he was offered a fellowship programme at Oxford University.

The development was announced by the varsity’s management committee of the African studies after the former emir’s request was granted.

Sanusi resumed for the 2020-2021 academic year and use the period to write a book based on his experience as a banker, public analyst, economy expert, and former Central Bank of Nigeria (CBN) governor. 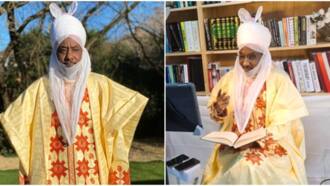 Former Emir of Kano, Sanusi gets new appointment in Kaduna