– Governor Ganduje has reacted to the comments by his aide, Salihu Tanko Yakasai over the kidnapping incident in Zamfara

– The Kano governor explained why Yakasai cannot serve in his administration

Governor Abdullahi Ganduje of Kano state has sacked his special adviser on media, Salihu Tanko Yakasai, for making a statement termed critical to the Buhari administration.

According to Leadership, Yakasai’s sack was announced by the state commissioner for information, Malam Muhammad Garba, on Saturday, February 27. 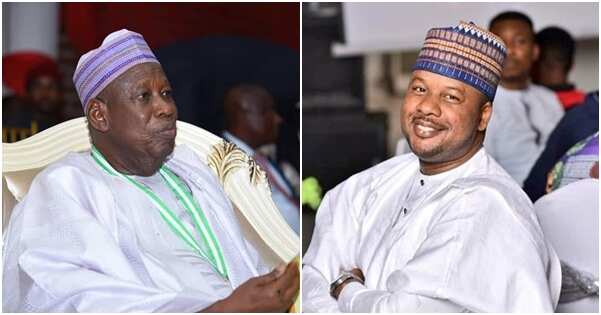 He said the termination of Yakasai’s appointment is with immediate effect.

The commissioner stated that the aide was relieved of his duties over his continued unguarded comments and utterances which are deemed contrary to the stand of the (APC) government which he is serving. 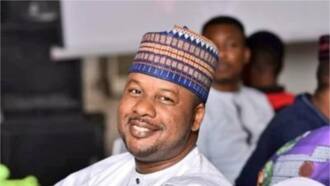 The Kano government stated that Yakasai has failed to differentiate between personal opinion and official stand on matters of public concern.

Yakasai’s sack followed a statement on Friday, February 26, where he criticised the current administration over the abduction of some schoolgirls in Zamfara state.

Meanwhile, reports have claimed that the former aide has been arrested by the operatives of the Department of State Services (DSS) over his comments.

The Punch reported noted that hours after Yakasai’s viral tweets, it was gathered that he suddenly disappeared even as friends and relations began to panic.

In another report, Alhaji Tanko Yakasai, a northern elder statesman and father to Salihu Tanko Yakasai, has confirmed that his son (Salihu) is in security custody. 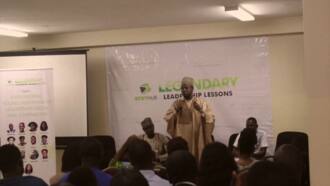 Our govt has failed Nigerians in terms of security, says APC chieftain

Vanguard reports that Yakasai was not specific on which of the security custody was his son detained. In a phone interview with the newspaper on the morning of Saturday,

According to him, his son was detained Friday, February 26, when he went to the barbing salon and was on his way back home.

To news on security, following the recent attacks on secondary schools, the Kano government has taken steps to avoid such occurrences in the state.

As a result of this, the government ordered the closure of 10 boarding schools in the state.

This was disclosed by Muhammad Kiru, the state commissioner for education.