President Muhammadu Buhari has advised the former national chairman of the All Progressives Congress (APC), Adams Oshiomhole, to rededicate his life to building bridges and shun the politics of division and acrimony as he looks forward to joining the club of septuagenarians.

The president’s advice is contained in a statement sent to felicitate with the former governor of Edo state on the occasion of his 69th birthday.

The statement was signed and released by presidential spokesman, Garba Shehu, on Sunday, April 4. 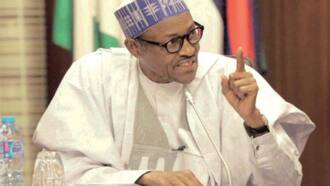 President Buhari in the statement said he joined family, friends and well-wishers around the country to celebrate the APC chieftain, thanking God for a life of service to the nation, good health and the opportunity to commemorate this special day.

“As the former labour leader looks forward to joining the club of septuagenarians, the President urges him to rededicate his life to working for the prosperity of those in need, building bridges among people of diverse backgrounds and faith; and inspiring others to be patriotic, eschewing politics of division and acrimony.

“President Buhari also recognises the immense contributions the former national chairman has made to our nation, wishing the people’s comrade more years of service to build a better country.”

Earlier, Legit.ng reported that Oshiomhole clarified that he was neither in opposition to his party nor to President Muhammadu Buhari as being reported in some sections of the media. 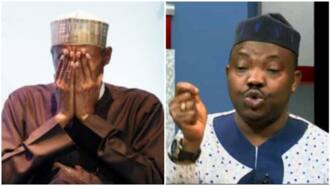 Oshiomhole on Sunday, February 28, said his statements about the APC registration and revalidation exercise weeks ago have been misinterpreted to mean he is fighting the leadership of the APC.

The APC chieftain explained that he only advised the APC to use the word update as a better tag for the membership registration exercise, as opposed to the revalidation being used.

In other news, the Edo state governor, Godwin Obaseki, has said the Oshiomhole administration has questions to answer about how funds were spent.

Obaseki made the statement at a gathering at the home of a Peoples Democratic Party (PDP) chieftain, Anthony Anenih, in Benin.

The governor said his administration must probe Oshiomhole and recover all stolen funds. He alleged that the funds spent on projects were embezzled by the past administration.