OLAMILEKAN ‘Laycon’ Agbeleshebioba, the winner of the 2020 edition of the BBNaija reality TV show, returned to klieg lights after his reality show, ‘I Am LAYCON,’ made its debut on Showmax.

Millions of Laycon’s fans streamed the original Nigerian series making it the most-streamed after its debut on Thursday, February 11. After few months, ‘I Am LAYCON,’ has made its debut on DStv and GOtv.

Season one of the series chronicles Laycon’s life after winning the BBNaija season 5 in September 2020.

In the first episodes, Laycon showcases his management team as well as his brothers, Abayomi.

All through the episodes, the reality TV star and rapper insists on keeping his mother out of the scene while forging on and adjusting to the new life of fame, fortune, and more.

The series also shows other business associates of the music star and his search for love. Being aided by his brother and personal manager, Yomi, Laycon moves to settle on with his new life. Widely known and referred to as Alake of Lagos, Yomi has become popular as the breakout star of the show.

The series sees Laycon opening up on his emotional travails to his brother, who in turn sets him up on a blind date. Laycon also tried mending things up with fellow BBNaija ex-housemate Lilo.

In another episode, Laycon was spotted in the studio making music with Vee and award-winning producer, Pheelz.

Speaking on the move, Laycon says, “Music, family, and friendship are extremely important to me and I’m excited that my fans around the world can join me as I explore these different sides of me on I Am LAYCON.”

His manager, Gomez, was not also left out of the show as the first episode and few other episodes saw Gomez and other members of the team taking up their responsibilities in ensuring the Laycon brand remains a constant reminder on the lips of Nigerians and fans across the world. 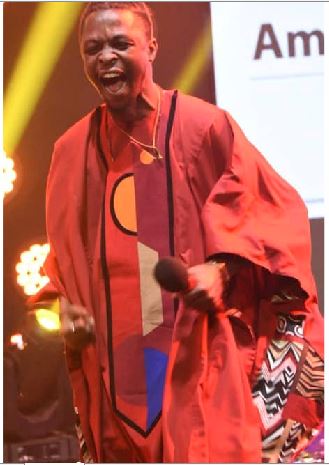 One of the things Laycon tried to talk about was his relationship with women. Laycon and his brother spoke about the women in his life. His ex-girlfriend, whom he couldn’t tell about his decision to go into BBNaija, how he realised he had something for Erica but it was clear Erica was into another person and how he intends to clear his head and focus on the task ahead, which enjoys the fame and pursue his music career with all vigour.

Laycon told his brother that he didn’t plan to go into the house and get a lady or start having feelings until he met Erica. He said he, however, consoled himself with the belief that he can develop feelings for a lady but it’s not imperative for the lady to feel the same way. He also tried making amends with his ex-girlfriend.

After Laycon and Lilo had met since grabbing fame and fortune, something new seems to be breeding between their families.

I Am LAYCON offered viewers and fans of the reality TV show stars to see what they have been up to six months after the show. While Laycon won the show and has gone ahead to pursue his music career, Lilo had gone ahead to establish and run a cafe, 23 Cafe.

In one of the show’s episodes, Lilo and Laycon both brushed off the idea of a possible romantic relationship.

However, that is not where the gist ends. A seeming connection had been created between the older siblings of the two ex-housemates of BBNaija. Abayomi, Laycon’s elder brother, and Alicia, Lilo’s elder sister, struck an alliance while their younger siblings were in the house but they both said the relationship remains platonic.

The show also reveals Laycon’s relationship with other ex-housemates as well as musicians like Joeboy, with whom he once went horse-riding.

From early on in I Am Laycon, Abayomi established himself as the life of the party, despite managing the affairs of his brother.

“We prayed for days like this and they’re here. The less than pleasant part is sometimes you have to take things that you won’t normally take because I work for him (Laycon), so it’s about what he wants. But on the whole, there have been more ups than downs.”

The older Agbelese says the pleasant part of managing his brother’s affairs is that he gets to look out for him and fight for his interest while maintaining a good relationship.

Laycon also suggested holding a remembrance and prayer session for his late dad but the plans later changed after COVID-19 restrictions forced him from attending the plans. His older brother took over the remembrance and the brothers hope to organise a bigger remembrance later in the future.