The national assembly has rejected a constitutional bill seeking to create special seats for women in the federal legislative arm of government.

TheCable reports that the bill failed after both chambers of the national assembly voted on it on Tuesday, March 1st.

It is titled ‘Bill For an Act to alter the provisions of the Constitution of the Federal Republic of Nigeria, 1999 to provide for special seats for women in the National and State Houses of Assembly; and for related matters.’ 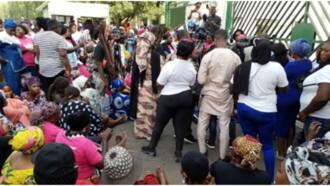 The bill failed to get the lawmakers’ nod despite enjoying the backing of Aisha Buhari, wife of President Muhammadu Buhari, and Dolapo Osinbajo, wife of Vice-President Yemi Osinbajo.

The First Lady had last week attended plenary alongside Pauline Tallen, minister of women affairs, when the report on the legislation was considered.

Both chambers of the national assembly voted on 68 constitutional bills on Tuesday.

The lawmakers used electronic voting and not the voice-vote method employed for the confirmation of nominees and the passing of bills and motions.

The senate president said only bills that are passed in both chambers will be sent to the state houses of assembly. 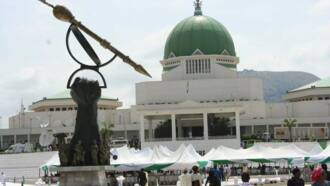 Legit.ng previously reported that the wife of the Vice President, Mrs Dolapo Osinbajo on Tuesday, March 1st, led a delegation of women to observe the Senate’s plenary.

The Nation reports that the Senators are preparing to vote on Bills proposed by its committee to amend the 1999 Constitution.

The Senate President Ahmad Lawan recognised the presence of Mrs. Osinbajo and her team at the gallery.

Meanwhile, President Buhari said he personally does not believe in direct primaries in choosing candidates of various political parties for elections.

Speaking on his rejection of the Electoral Bill in an interview, Buhari stated that there should be options in choosing candidates for election, Daily Trust reports.

The president disclosed that introducing only direct primaries is not democratic.