The Punch reports that Evans who was convicted alongside two of his co-defendants, Uchenna Amadi and Okuchuwkwu Nwachukwu was sentenced to life imprisonment.

The billionaire kidnapper and others were found guilty of a two-count charge of kidnapping the Managing Director of Maydon Pharmaceuticals Limited, Donatus Dunu, Leadership also reported. 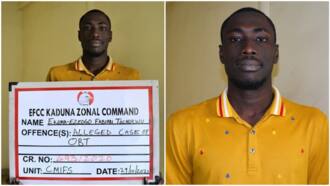 The judge held that the prosecution had succeeded in proving the case against the three convicts beyond a reasonable doubt.

He concluded that the evidence tendered before the court, especially the video evidence corroborated the guilt of the convicts, Channels TV added.

“He was seen freely laughing and willingly answered questions. A close look at his body shows no sign of torture. He did not look unkempt. He is seen laughing even when he was told that he must be a rich kidnapper.

“He showed no remorse in the dock and tried to lie his way out of the crimes despite the video evidence.”

Others who were discharged

However, the court discharged and acquitted Ogechi Uchechukw and two former soldiers of the Nigerian Army, Chilaka Ifeanyi and Victor Aduba, for lack of sufficient evidence linking them to the crime. 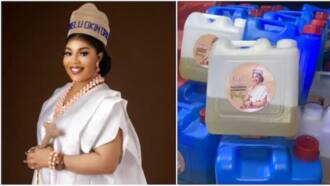 Meanwhile, Justice Oshodi has yet to sentence the convicts as the proceedings are still ongoing.

A report by Vanguard indicates that Chiemeka Arinze, a co-defendant of Chukwudumeme Onwuamadike, popularly known as Evans is dead.

The newspaper citing a source who pleaded anonymity revealed that the deceased died on Friday, November 26, in custody.

The 45-year-old who has been sick was said to have been rushed from the prison to a General Hospital where he later passed away. 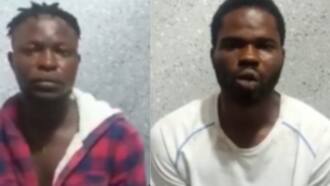 In a previous report by Legit.ng, five travellers who were returning from the weekly Beji market in Niger state were abducted by armed men suspected to be bandits.

The incident which took place on Thursday, November 25, occurred along the Beji-Manta Road in Shiroro local government area of Niger state.

The travellers were waylaid on their way back from the weekly market in the area when the bandits whisked them away to an unknown destination.