Dammy Krane Calls on Tunde Ednut to Help Him With Davido Over Unpaid Debt, Shares Chat As Proof

Dammy Krane Calls on Tunde Ednut to Help Him With Davido Over Unpaid Debt, Shares Chat As Proof

Nigerian singer Dammy Krane has shared a screenshot of his chat with popular blogger Tunde Ednut, who is one of the close associates of music star Davido.

Dammy Krane, who has continuously called out the DMW label boss over an unpaid debt, insisted the singer must pay.

Tunde Ednut in the chat advised Dammy Krane against calling out Davido as he can’t win online. 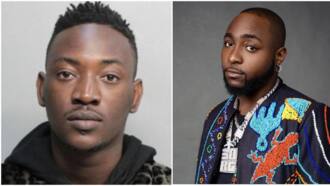 “Just calm down, people will definitely come against you for David. You can’t win online and you go dey lose fans.”

Responding to Tunde Ednut, Dammy Krane said God, his fans, family and the government support him.

See the chat below:

Nigerian singer Dammy Krane made headlines days after he accused DMW label owner and colleague Davido of an unpaid debt.

In a post via his Instastory, Dammy Krane insisted that Davido must pay him his money while adding that the singer rises by ripping others.

Reacting to Davido’s uncle Ademola Adeleke’s victory at the poll in Osun state, Dammy Krane queried the singer if his family intends to oppress the masses and use government money for themselves. 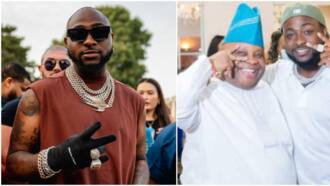 “Don’t let the noise distract you”: Davido insists his uncle Ademola Adeleke will be sworn in as governor

Popular Nigerian singer, Davido, appeared unbothered despite being called out by a fellow musician, Dammy Krane.

Dammy Krane had accused the DMW boss of unpaid debt after he co-wrote a song, and it trended on social media.

Taking to the same social media platform where he was called out, Twitter, Davido broke his silence.

Davido posted a photo of himself appearing to eat a bag of money, and he also accompanied the photo with a laughing emoji.