Despite that the world has witnessed the deployment of five different generations of mobile technology since the 1980s, 5G network is the most controversial among them.

The controversy was said to have been propounded by some conspiracy theorists who latched on the global COVID-19 pandemic to find a nexus between the virus and the 5G shortly after the commencement of its deployment.

According to them, 5G radiation weakens the immune system, thus making the body vulnerable to COVID-19, adding that the deployment of the technology would make people more susceptible to cancer.

5G network has nothing to do with cancer, other life threatening diseases

Legit.ng reports that the Nigerian Communications Commission (NCC) on Thursday, March 3, put the record straight in Lagos during a panel session at the ongoing 2022 AfricaNXT technology conference.

The panelists, who x-rayed the theme: “Moving Forward Steadily: Socio-Economic Significance of Deployment of 5G Services,” emphasised the need for Nigerians to tap from the opportunities from the network to boost their economy.

The panel was moderated by NCC head of online, Dr. Niyi Ibietan, who also gave insights into why Nigerians should understand the benefits of 5G network.

Speaking during the panel session on the misconception about 5G network, the head fixed networks and converged services, Anthony Ikemefuna said the biggest giver of electromagnetic waves and the biggest source of energy in the world is the sun.

He said the World Health Organisation (WHO) and the International Commission on Non-Ionising Radiation Protection (ICNIRP) came up with a document that says that the safe range of electromagnetic exposure is 10W/m2. 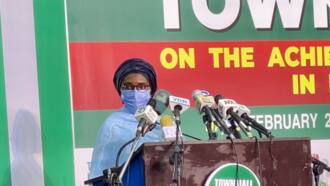 “The microwave is 3W/m2. Hair dryer is 1W/m2. The smartphone is 200mW/m2. And then the 5G radio is 0.159w/m2. So, if you start looking at it empirically, from the available information, your 5G radio is safer than your cellphone.

“So, as of today, there is no evidence to show any negative impact on human health associated with radiation from 5G network. Apart from the World Health Organisation and the ICNIRP, the UK and also the Institute for Engineering and Technology have come out to say the same thing.”

He added that 5G network would be advantageous to the nation, saying that it would engender unique latency, improved transparency in governance, increased GDP and job creation.

According to him the goal of the deployment is to “have a flexible network that is adaptable to various uses.”

5G network faster than the brain

Ikemefuna said 5G technology offers an extremely low latency rate, which is the delay between the sending and receiving of information. 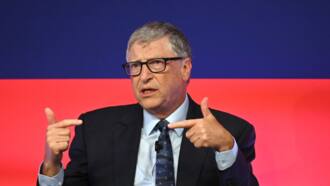 Bill Gates says another pandemic is around the corner, states that COVID-19 risks have reduced

He said from 200 milliseconds for 4G, “we go down to 1 millisecond (1ms) with 5G. The network is even faster than the brain, which processes information at 10 millisecond.

“Everyone will benefits from 5G, including the older people. He stressed that with the technology; there would be fibre-like connectivity, which will usher in new wave of creativity in the country.”

In his contributions, the team lead, Nigeria Office for Developing Indigenous Telecoms Sector (NODITS) at NCC, Babagana Digima, said that 5G technology would enhance mobile broadband and boost it by offering 200 folds increase in mobile speed.

He said with 5G, there would be something for everybody, saying that the network would accelerate both broadband and narrowband internet speeds, which are currently, low in the country.

Digima also noted that the NCC was not too stringent on rollout because of the commercial nature and benefits the service would offer. He said already, about one billion devices that would support the 5G network would be made available in 2022. The head, space services, NCC, Aliyu Usman, on his part, said the 5G network is smarter than the previous generations of technologies, stressing that it would impact several sectors of the economy significantly.

Usman said agriculture, education, security and health sectors would benefits the most from the network, calling on startups and the technology ecosystem to use 5G to create more innovations.

He maintained that the license confer 10 year tenure and a minimum of five sites for the licensees to deploy.

“The commission would make the 5G spectrum available to the winners of the license within six months, which commenced from February 24, 2022, the deadline for the payment of the license fees.

“The NCC is working with the Office of the National Security Adviser (ONSA) to develop a risk management framework, which would see that the commission creates a market for ethical workers.

This is good: President Buhari welcomes Nigeria’s designation as vaccine-manufacturing base

“Vulnerability test and security design architecture for the technology would also feature in the risk management framework.”

Also speaking on the subject matter, the senior manager, NCC, legal and regulatory service, Dr. Muhammed Sule-Yusuf, said Nigeria was the first country to launch the network in Africa and the country has earned $547 million in spectrum auction.

He, however, said risk of 5G technology would start when the services become effective in the country.

Sule-Yusuf added that there should be a balance between the tech speed and the technology itself, noting that Nigeria is ready because of the efforts the NCC has put in place.

“Four issues would play out when deployment comes to the fore, these include liability, data protection and privacy, cybersecurity and taxation.

“Efforts must be channeled to ensure that cybercriminals do not benefit from the technology, stressing that in the 5G era, there would be need to protect peoples’ data to avoid litigations.” 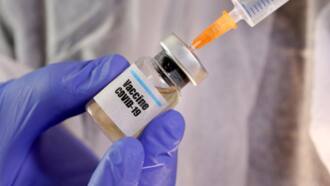 Meanwhile, Legit.ng had previously reported that the head of online, NCC, Dr. Ibietan explained the roles of technology in developing African continent.

It was reported that he also examined what the continent needs to be reckoned with among the comity of nations in terms of technological advancement.

He said the NCC’s key strategic objective is to leverage the rare assemblage to deepen engagement with the telecom consumers, innovators, businesses and the general public on the promises of 5G networks and its attendant or associated services.