There was a panic in Ibadan on Friday, February 26, when operatives of the Nigeria Police Force (NPF) and the Department of State Security (DSS) attempted to arrest Sunday Adeyemo, a Yoruba activist and youth leader better known as Sunday Igboho.

In a video shared by the former minister of aviation, Femi Fani-Kayode, Igboho and his boys were stopped along the Lagos-Ibadan expressway by the security operatives.

The self-styled Yoruba activist was said to be on “his way to see Baba Ayo Adebanjo”, a Yoruba elder and one of the Afenifere leaders in Lagos. 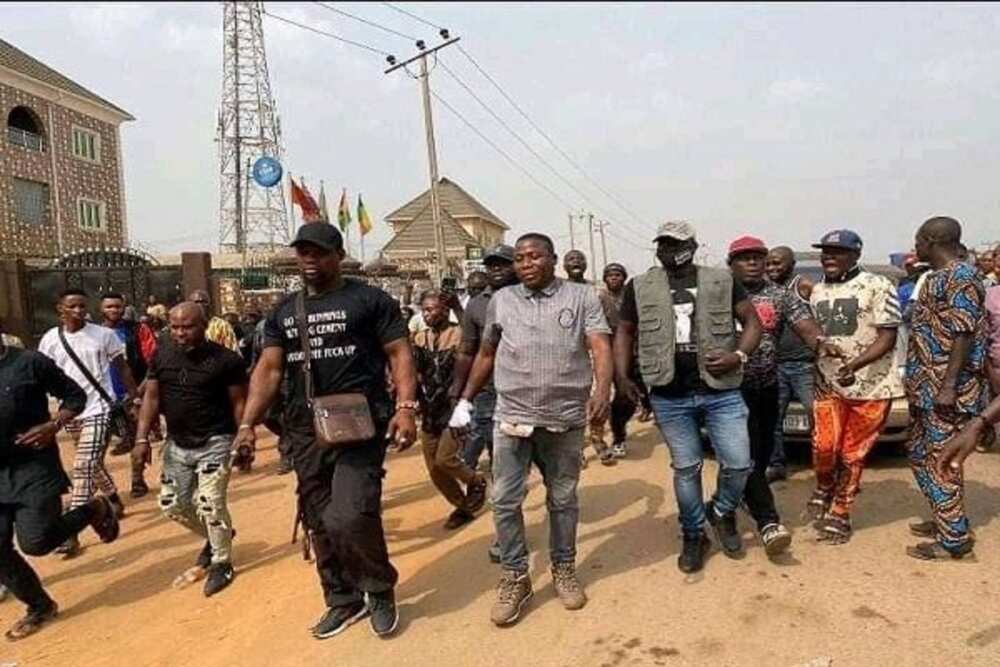 Fani-Kayode, who confirmed the confrontation, said he spoke to Igboho as he described the attempt to arrest the Yoruba youth leader as “reckless and dangerous.”

“I condemn this attempt to ambush& abduct him. It is not only reckless but also very dangerous. If the security agencies want to see him all they need to do is to invite him to their office. I am not aware of any crime that he has committed & I urge restraint on all sides.

Legit.ng recalls that Igboho shot into prominence and became a cult hero following his quit notice to the Fulani herders in the Ibarapa and Oke-Ogun regions of Oyo state.

Speaking on Channels TV’s Sunday Politics on Sunday, February 14, the former governor said the issue of ethnic crisis in Oyo should be addressed using a roundtable discussion.

Fayose noted that Igboho cannot be overlooked “in the circumstances we have found ourselves”, adding that the only way is to make peace with all the aggrieved sides.