Governor Ifeanyi Okowa of Delta has called on Christians to use the period of Easter to pray for the state and country as insecurity and other socio-political inadequacies threatened the nation’s stability.

In a statement sent to Legit.ng on Saturday, April 3 by his spokesman, Olisa Ifeajika, the governor said that Easter was a time for Christians to celebrate the resurrection of our Lord Jesus Christ and again, reawakened by its essence.

According to him, the power of the resurrection of Christ was made manifest in Easter it is an opportunity for Christians to seek God’s face in prayers to settle the myriad of security issues and widening division of Nigerians along religious and tribal lines.

The governor urged Christians to show love to one another, especially to the downtrodden in the society just as Christ sacrificed Himself to save mankind from destruction.

He reaffirmed the commitment of his administration to the attainment of a stronger Delta through ongoing infrastructure development across the state and wealth-creation for citizens.

“I call on Christian faithful to seek God’s face in prayer to settle the insecurity challenges bedeviling our nation on all fronts.

“It is incumbent on us to uphold the principles of our faith as they relate to honesty, justice, integrity, accountability, compassion, selflessness, and the pursuit of the common good for our nation.”

Similarly, the Speaker of the Lagos state House of Assembly, Rt. Hon. Mudashiru Obasa has asked Nigerians to be watchful and prayerful, especially at this critical time of the country’s journey. 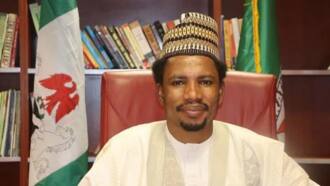 The Speaker made this admonition in his Easter message to citizens of the country, noting that the current period calls for an individual and collective resolve to be more security conscious, maintain peace, and support the government in its efforts to make Nigeria greater.

In a related development, Nigerians have been urged by President Muhammadu Buhari not to allow a few mischief mongers to divide the country, saying Nigeria is better and stronger as one nation under God.

Buhari reiterated his position that his government will continue to ensure that the weak, the poor, and the underprivileged are not abandoned.

This was contained in the president’s 2021 Easter message to Nigerians released on Thursday, April 1, by his special adviser on media and publicity, Femi Adesina.