Reuters reports that announcements regarding the switch to UnionPay came from Sberbank, Russia’s biggest lender, as well as Alfa Bank and Tinkoff. 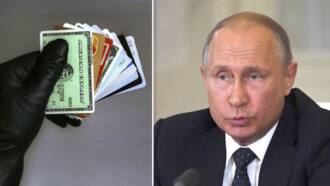 “Declined”: Mastercard and Visa suspend operations in Russia over invasion of Ukraine

Bloomberg reports that the move could allow Russians to make some payments overseas, with UnionPay operating in 180 countries and regions.

According to the Wall Street Journal, the workarounds show Russia may increasingly rely on China in the face of isolation by the West.

It wasn’t, however, clear whether the move signaled a shift toward greater cooperation between China and Russia to help Moscow find alternative ways to connect to the global financial system.

Meanwhile, Financial Times reports that VTB Bank, Russia’s second-biggest lender, is preparing to wind down its European operations after being hit hard by western sanctions.

VTB has an investment banking operation in London and a retail bank in Germany with 160,000 customers but has decided it is unable to operate outside Russia after having its assets frozen by western allies. 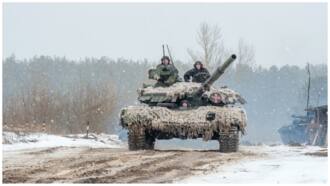 On their part, British parliamentarians are urging major banks in the United Kingdom to shut their Moscow offices, after campaigners accused them of “quietly profiting” off their Russian operations while other industries sever ties with the country.

The UK Guardian quoted the MPs as saying lenders had a moral duty to exit the country to put further financial pressure on Moscow as the Russian military continues to assault Ukraine.

Mastercard and Visa suspend operations in Russia over invasion of Ukraine

Legit.ng had earlier reported that Mastercard and Visa have suspended their operations in Russia due to the unprovoked invasion of Ukraine.

The latest blow to the Russian economy means that Mastercard credit cards will no longer work at Russian merchants or at bank ATMs.

Visa has also said that it would cease all transactions in the near future. Visa credit cards issued outside of Russia would no longer work inside the country.