Kano – The government of Kano state has approved a 10-day Eid-el-Kabir Sallah break for all public and private primary, and post-primary schools in the state.

A statement released on Wednesday, July 6, through the spokesperson of the state Ministry of Education, Aliyu Yusuf said the break will commence Thursday, July 7 to Sunday, July 17, Vanguard reported.

Yusuf called on Parents /Guardians of Pupils and Students of the schools to note the directive.

“The ministry, therefore, directed that all SS3 students writing NECO, NABTEB and NBAIS examinations as well as students on an exchange programme from other states at GSS Gwarzo and GGSS Shekara are to remain in their respective schools.

“Similarly the ministry has directed all Head Teachers and Principals to ensure that Boarding students have returned back to their schools on Sunday 17th while Day students on Monday 18th July 2022 respectively, as normal academic activities will start on the resumption day.

“The ministry, however, warned that appropriate Disciplinary Action would be taken against defaulting students.” 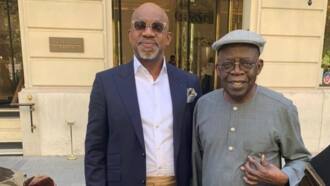 This means that Saturday, July 9, is the Eidul Adha or sallah day, coming after Friday 8 July, which is Arafat Day.

“His Eminence, the Sultan hereby calls upon the Muslim Ummah to intensify efforts in acts of worship during the first 10 days of the blessed month of Dhul Hijjah.

“And also pray for peace, stability and progress of the country,” the statement partly read.