Gombe state – Lazarus Yoriyo, a former deputy governor of Gombe state, and 14 other chieftains of the ruling All Progressives Congress (APC), have defected to the Peoples Democratic Party (PDP) alongside their supporters.

The Punch reported that Yoriyo said at the PDP secretariat on Saturday, September 25, that he was not impressed with the happenings in the ruling APC.

Legit.ng notes that the PDP was the ruling party in Gombe until 2019 when the APC took over with the victory of Governor Muhammadu Yahaya. 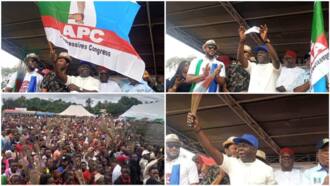 However, Yoriyo said the PDP remains the best political party ever when compared to what obtains in APC.

While commenting on the imperative of owning a voter card, the former deputy governor urged his teeming supporters to get it ready.

“I wish to appeal to thousands of our supporters to get their Permanent Voters Card ahead of 2023 elections.”

In his remarks, the chairman of the PDP in the state, Maj. Gen. Abnor Kwaskebe, lauded the determination of the defectors to retrace their steps.

Kwaskebe claimed that the state would continue to remain a PDP state, adding that the rights of the defectors would be given to them.

“Gombe is PDP, PDP is Gombe. They have returned today because APC has turned hot for them.”

Senator Shehu Sani finally defects to PDP ahead of 2023 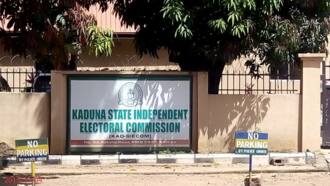 In a related development, Senator Shehu Sani, a former federal lawmaker from Kaduna Central, has defected to the Peoples Democratic Party (PDP).

Ahmed was quoted to have said:

“Yes, Distinguished Senator Shehu Sani has finally settled to join the PDP but official ceremony and reception will be in the next two weeks all things being equal.”

Meanwhile, after months of speculations and denial, a former minister of aviation during the administration of the ex-president Olusegun Obasanjo, Femi Fani-Kayode, has formally joined the ruling APC.

He was presented to President Muhammadu Buhari by the chairman, Caretaker Committee of the APC and governor of Yobe state, Mai Mala Buni on Thursday, September 16, at the Presidential Villa, Abuja.

Fani Kayode said that he was led by the spirit of God in his decision and that he joined the APC to help for the unity of the country, adding that he was against anything that would cause the disintegration of Nigeria.