– After four days of delay, former Zamfara governor Yarima, has finally had his APC membership revalidated

Senator Ahmad Sani Yarima, a former governor of Zamfara state, on Wednesday, February 17, revalidated his membership of the All Progressives Congress (APC), after four days of delay.

Daily Trust reported that there were plots to edge out the former governor and three times senator out of the membership revalidation exercise.

Legit.ng gathers that Yarima was left unattended to while other bigwigs of the party had their memberships revalidated at the weekend. 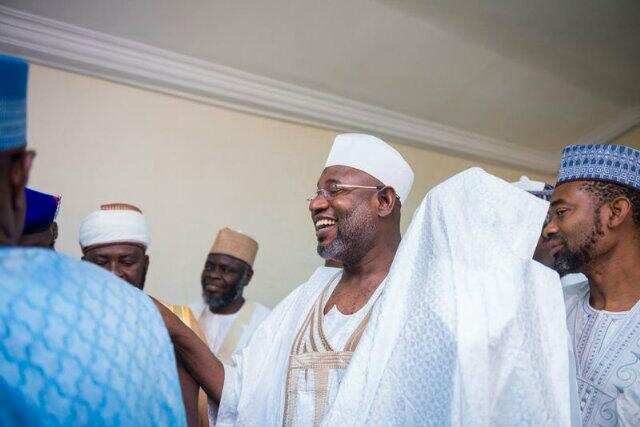 However, after the intervention of the presidency and some governors, Yarima finally had his membership revalidated in Gusau, the Zamfara state capital.

An ally of the former governor, Junaidu Dosara, reportedly blamed officials of the party in the state for the delay.

He thanked President Muhammadu Buhari and some governors who intervened to resolve the crisis.

Legit.ng notes that the APC membership registration/revalidation exercise, which is supposed to reunite members and expand the party’s base, has been ironically been causing chaos.

In Kwara, the youth wing of the All Progressives Congress (APC) has asked President Muhammadu Buhari to sack his minister of information and culture, Lai Mohammed over the registration issue.

The youths, under the aegis of APC Youth Stakeholders, alleged that the minister has been self-serving and his “selfish politicking” must not be allowed.

The information minister had called for the cancellation of the registration and revalidation exercise in Kwara, alleging lack of credibility in the process.

In Delta state, the membership revalidation exercise has been suspended. The decision was taken by the national leadership of the APC a day after Festus Keyamo, the minister of labour (state) expressed fear of imminent violence.

Delta APC spokesman, Sylvester Imonina, on Thursday, February 11, revealed that the national leadership of the party reached the resolve after receiving complaints from some party members on how the exercise is to be conducted.