– The former presidential candidate made the claim in an interview on Thursday, February 25

– According to him, after they got Jonathan out, they abandoned the hoodlums

Obadiah Mailafia, the former presidential candidate of the African Democratic Congress (ADC) in the 2019 presidential election, has revealed the people sponsoring bandits.

He alleged that many of the bandits terrorising the country were sponsored by the same people who wanted former president, Goodluck Jonathan, out of power at all cost.

The ex-CBN deputy governor made the claim during an interview with The Punch on Thursday, February 25. 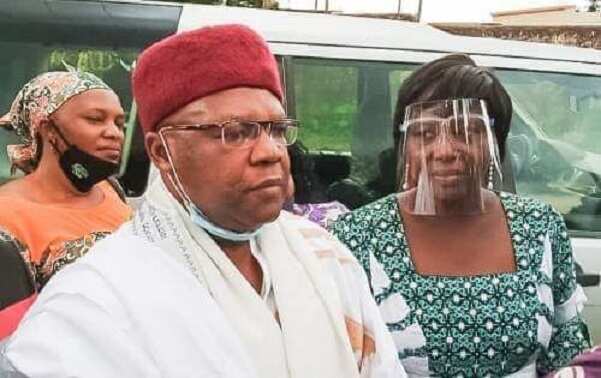 Mailafia who did not provide any proof said he was also convinced that some foreign powers were behind the bandits.

Speaking further, Mailafia claims that those powerful individuals intended to deploy the bandits for war if Jonathan did not concede defeat during the 2015 presidential election.

He noted that back in 2015 thousands of armed foreigners were brought into the country.

“Of course, Jonathan handed over to them and then they turned their backs on the hoodlums and the hoodlums said ‘look, you brought us here and we are still here’.”

Bandits finally disclose what Buhari must do

Meanwhile, Legit.ng reported that some bandits have demanded President Muhammadu Buhari to spearhead talks with them as a condition for embracing peace and laying down their weapons.

The bandits made the demand in an interview on Wednesday, February 24.

A masked member of the group who spoke on behalf of the outlaws questioned why Buhari who travelled around the country when he was campaigning could not do so for peace sake.

President Buhari reveals why he will never grant amnesty to bandits

Buhari reveals why he will never grant amnesty to bandits

In another report, President Buhari dismissed the calls for the federal government to grant amnesty to armed bandits and other criminals.

Buhari who was represented by his chief of staff, Professor Ibrahim Gambari, said it is time to treat criminals as criminals and stop ethnic profiling.