– 18-year-old Dario Sarmiento joined the Citizens on a £5.2m deal from Argentine side Estudiantes

Argentine club side Estudiantes can confirm that their youngster Dario Sarmiento has sealed a permanent move to Premier League side Manchester City on a £5.2 million deal.

The 18-year-old star has been likened to Barcelona legend Lionel Messi owing to his speed and his ability on the ball.

Sources say the attacker has been on the Citizens radar for some time but decided to initiate negotiations with his Argentine club last December. 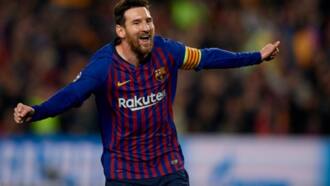 The forward will join his new teammates on July 1 after everything about his move has been concluded by both parties according to Daily Mail quoting Sportsmail.

Estudiantes in a statement confirmed the exit of Dario from their club this summer saying:

“We can reveal that, upon completion of the transfer agreement signed with Manchester City, Dario Sarmiento will join the English team from July 1 onwards.”

The left-footed star cannot escape comparison with Messi having represented the Argentine national team at the cadet levels.

He broke into Estudiantes senior team at the age of 16 and his confident on the ball and has shown an impressive dribbling ability in his handful of senior matches.

Meanwhile, ex-Manchester United and Chelsea midfielder Sebastian Veron said Sarmiento has an incredibly bright future. He added that the youngster has greatly improved and his quality is top notch. 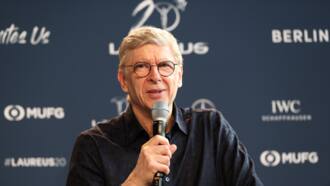 Legit.ng earlier reported that Man City emerged victorious in the week 34 Premier League fixture against Crystal Palace as they coasted to a 2-0 win at Selhurst Park.

Veteran striker Sergio Aguero and Ferrand Torres scored a goal each in succession in the second half to move the Citizens closer to another remarkable league triumph.

Pep Guardiola’s men started the match brightly but were unable to convert their chances leaving the Spanish frustrated on the sidelines.