The Nation gathered the accident occurred along OPIC Iwe-Iroyin Plaza road Abeokuta when a commercial motorcyclist almost rammed into her car.

The mother of two, heading to a shooting assignment, was driving in her Toyota Runner from OPIC roundabout.

She was reported to have signaled to enter Iwe-Irohin Press Centre but the motorcyclist didn’t notice.

The actress was said to have slammed the brake when the motorcyclist almost collided with the vehicle.

Terrified residents and pedestrians were relieved she emerged from the car with her personal assistant unhurt.

The motorcyclist, who also escaped unhurt, immediately sped off from the scene.

The shocked actress simply said: “It is a Monday morning, I don’t want talk but I thank God (for saving us).” 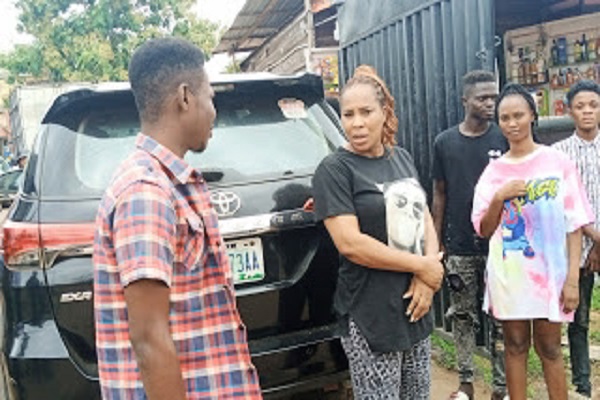