– The unidentified man said the armour tank was donated by a Good Samaritan, adding that he will be clearing it at Tin Can Island Port in Lagos

– According to him, he will drive the armour tank to Sambisa forest himself as soon as it arrives in Nigeria

A Nigerian man abroad has claimed that a Good Samaritan donated an armoured tank to the fight against insecurity in the country.

In a video that was posted on Instagram by @lindaikejiblogofficial, the unidentified man said he will be bringing the armour tank to Nigeria where he will engage Boko Haram insurgents, bandits, IPOB and ESN. 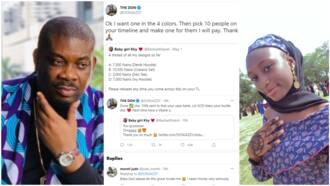 According to him, the amour tank will arrive in Nigeria in four weeks time. He said he will clear it at Tin Can Island Port in the Apapa area of Lagos.

“It’s going to be fire for fire. I will finish all of you. I’m really really upset.”

Many react to the video

Nigerians on Instagram couldn’t stop laughing and noted that the man was only joking and shouldn’t be given any attention.

“I don’t want to talk but very funny man.”

“I trust you sir, you can do it alone since the Army don’t want to do their job.”

“Ahhhh village people have gotten to him, families please help him.” 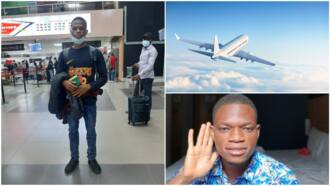 In other news, President Muhammadu Buhari has given assurance that his administration will make available to the Independent National Electoral Commission (INEC) everything it needs to operate efficiently to allay the fears of his alleged third-term plans.

The president said this in a statement released shortly after meeting with the INEC chairman, Professor Mahmud Yakubu, at the State House on Tuesday, June 1.

He also sent a strong message to those behind the attacks on INEC offices and other public facilities, saying they “will soon have the shock of their lives”.