– A Paris court found the former president guilty of corruption

– Meanwhile, Sarkozy is expected to appeal against the conviction

Nicolas Sarkozy, France’s former president, was found guilty of corruption charges. He was sentenced to three years in jail, with two years suspended.

The court found him guilty of trying to bribe a judge and of influence-peddling.

He was reported to have forged a “corruption pact” with his lawyer and a senior magistrate. 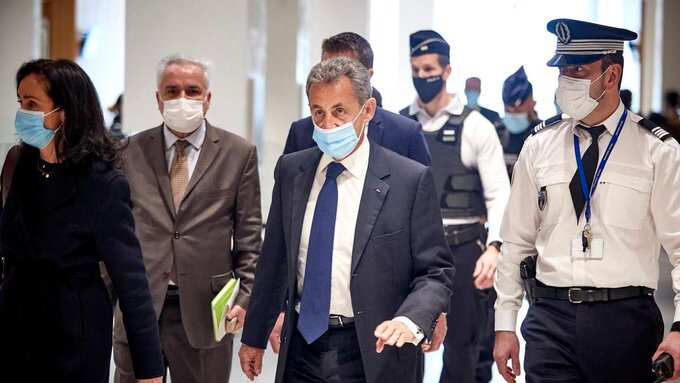 According to The Guardian Sarkozy instructed his lawyer, Thierry Herzog, to offer a cushy job to a magistrate in return for information.

However, the former president will likely not spend a day in jail. The news outlet claimed that the one-year prison sentence can be served with some conditions.

Sarkozy is expected to appeal against the conviction.

He had repeatedly denied the accusations of wrongdoing and spent years attempting to have the charges thrown out and the case dismissed.

Meanwhile, Legit.ng had reported that as the dreaded coronavirus continues to wreak havoc across the globe, France president Emmanuel Macron has taken a raft of measures to protect citizens and small businesses from escalating tough economic times.

In his address on Monday, March 16, 2020, Macron relieved French nationals from paying rent, taxes and household bills for the time the country and entire world will be battling COVID-19 pandemic.

Macron also put the country on full lockdown and declared war on the dreaded virus which he exuded confidence would be defeated.