Popular fuji musician and Mayegun of Yoruba Land, Wasiu Ayinde aka KWAM 1, is no doubt one of the richest musicians in the country even if he rarely shows off his luxury life on social media.

Just recently, the respected music veteran was spotted in a video that captured the moment he was preparing to step out for an event in Oyo state.

KWAM 1 was seen adjusting his traditional outfit just within the premises of his residence. Interestingly, the music maestro appeared to be stepping out for the event in his multi-million naira Rolls Royce automobile. 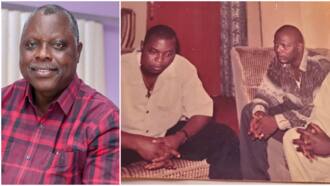 He was seen just by the side of the car before he set out to his destination.

Even if the musician was not doing a lot in the video, it didn’t stop his fans from showering accolades and words of prayers on him.

Read some comments sighted online below:

“(Anu) mercy is speaking for you.”

Meanwhile, Legit.ng previously reported that the musician was spotted at an event attended by Alaafin of Oyo, Oba Lamidi Adeyemi III and his pretty young wives. 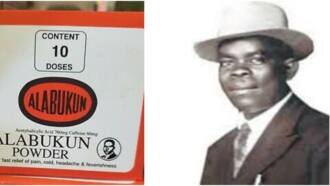 Nigerian woman showers encomium on her grandpa who invented Alabukun

The traditional monarch stormed the dance floor where Wasiu was performing and rained cash on him. Wasiu also reciprocated the gesture as he hailed the monarch and his queens.