The federal government says plans have been concluded to host a national conference on the integration of artisanal/modular petroleum refinery operations.

This was disclosed by Ita Enang, the senior special assistant to the president on Niger Delta Affairs, during a press conference on Tuesday, March 9, in Abuja, The Cable reported.

Enang reportedly said the aim of the conference is to seek ways to increase refining capacity and cause a drop in the price of petroleum products. 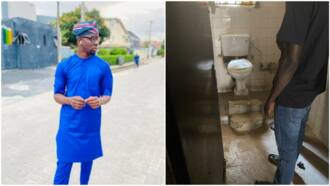 Nigerian man shares photo of house in Lagos with toilet that has staircase, says he’ll move to the island

The Nigerian government has unveiled its plans to reduce fuel price below N100 per litre.
Photo credit: @APCNigeria
Source: Twitter

Enang was quoted to have said:

“And, the intendment of the conference is to mobilise these resources so that we can bring the prices of refined petroleum products down to below N100 per litre.”

“People are preparing for 2023, even if you people give it free normal Nigerians are tired with this government”

“No need to announce it, just do it!

“You will be the best Presidio Nigeria ever had. Thank you.”

Earlier, the Nigerian National Petroleum Corporation (NNPC) explained that it has no intention of increasing the price of petrol in the country contrary to what is being alleged.

Kennie Obateru, the NNPC’s head of public affairs division, in a statement on Sunday, February 28, noted that that the organisation cannot be considering a raise in the product at a time when it is still negotiating with organised labour on a framework suitable for citizens.

Obateru stated that any move by the NNPC at the moment to increase the price of fuel will jeopardise its engagement with labour unions on how best to lessen Nigerians’ hardship.

Meanwhile, Legit.ng earlier reported that Timipre Sylva, Nigeria’s minister of state for petroleum resources, said the federal government is planning to begin oil exploration in the northeastern part of the country. 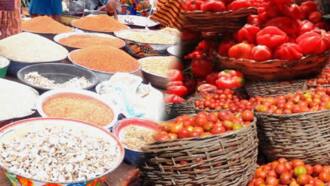 The minister stated this during an interview that aired on Monday, February 8.

Sylva noted that he had earlier announced that crude oil had been discovered in the northeast, adding that drilling activities had already started in the Lake Chad Basin.