Hasan Piker is a popular political commentator and Twitch streamer. He became famous for hosting the show The Breakdown on the YouTube news network called The Young Turks. He has also covered pop culture news on TYT’s entertainment channel, Pop Trigger. Precisely who is Hasan Piker?

The renowned commentator has worked as a contributor to Buzzfeed and TMZ’s TooFab. He now works as a political streamer on Twitch. Get to know more about Hasan Piker’s birthday, place of birth, religion, and journey to fame. 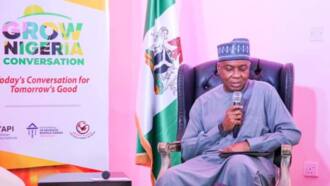 The political commentator was born in New Brunswick in New Jersey. However, he grew up in Istanbul, Turkey.

Growing up, Hasan was quite liberal and would question things that didn’t make sense to him. When he was in the third grade, he criticized the curriculum for covering only Islam in his religion class. The action made his dad transfer him from a private to a public school, where his many questions and being chubby attracted a lot of bullying.

Piker moved to the US at age 18 to attend college. He initially joined the University of Miami but later transferred to Rutgers University, where he graduated in 2013 with a dual degree in Political Science and Communications. 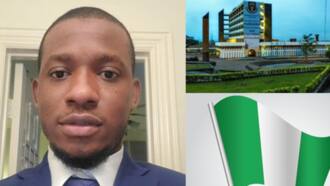 During his time at Rutgers University, Piker was a member of Rutgers Club Basketball and the Theta Delta Chi fraternity.

During the spring break of Hasan’s senior year of college in 2013, he got an internship at The Young Turks network. He worked in advertising for the network in 2014 before he became a full-time producer.

Piker eventually became part of the on-air broadcast team. He was the on-air host for The Young Turks‘ YouTube channel series called Pop-Crunch. He has also worked in a former branch of TYT, called TYT University, and he had his own show called Bro Tips.

The political commentator later started the show The Breakdown, which aired on Facebook and was nominated for the Best Web Series category at the 10th Shorty Awards. He created a series called Agitprop with Hasan Piker at TYT in 2019. He has also worked as TYT’s business manager.

In January 2020, Piker announced that he was leaving The Young Turks in a Twitch stream. He now works as an active left-wing political streamer on Twitch. He chose Twitch because he felt boxed out of other platforms where conservatives had a huge say. Hasan also appears in mainstream political media outlets and podcasts.

In addition to his work as a political streamer, Hasan also does gameplay and commentary of various video games on his Twitch channel. He also posts some of the highlights of his Twitch streams on his YouTube channel.

The journalist has also worked as a contributor to Buzzfeed and TMZ. He has also been an article writer for The Huffington Post.

Hasan Piker’s salary is not well known, and it is thus difficult to estimate his net worth. However, given his many years of success as a political commentator and Twitch streamer, he must be making a fortune.

How Shahid Khan began his journey to stardom

Hasan stands tall at 6 feet and 3 inches, which is approximately 1.91 meters.

Hasan Piker’s religion is not known as he has not said outright which one he subscribes to, though he was raised as a Muslim. He is an activist who has been at the forefront of defending Muslim rights, LGBTQ+ rights, social and economic justice, gun control, pro-peace initiatives, intersectional feminism, and sustainable energy initiatives.

Some of the organizations he has supported are Muslims For Progressive Values, March For Our Lives, and Black Lives Matter.

It is not clearly known whether his sexual orientation is gay or straight. Having openly declared that he is a great supporter of LGBTQ+ rights, some fans assume he is gay. However, he has not clarified the matter.

Who is Hasan Piker’s girlfriend?

The Twitch star has not disclosed much about his romantic engagements. It is not currently known whether he is romantically involved with anyone.

The political commentator is active on Instagram, where he currently has 577k followers. His YouTube channel, HasanAbi, has 639k subscribers. On Twitch, his channel has a whopping 1.3 million followers.

Hasan is also active on Twitter, where he has 758.5k subscribers. On Facebook, he has 561k+ followers.

Hasan Piker is a renowned political commentator and Twitch streamer. He is a vocal activist on LGBTQ+ rights, Muslim rights, and pro-peace initiatives, among others.

Legit.ng published an article about the life of Jennifer Montana. She is a former Sports Illustrated swimsuit model who is married to the Hall of Famer, former professional American footballer Joe Montana. What do you know about Joe Montana’s wife?

Jennifer is an established businesswoman. She owns a jewellery line and donates 80% of its proceeds to The Four Rings Foundation, a foundation she and her husband started to help families and children in the Bay Area. Find out more about her.