The Nation reported that the tragic incident occurred during the burial rites of police officer’s grandmother in Igbedi community in Kolokuma/Opokuma local government area of the state.

Eyewitnesses were cited as saying that he slumped and died shortly after dancing fitfully at the wake in honour of his grandmother. 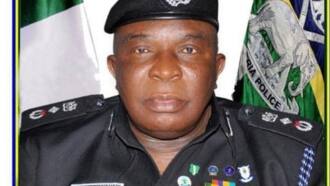 Legit.ng gathers that that Timitimi’s death has thrown the security agencies, including the State Vigilante Service and Bayelsa Volunteer Service, into a mournful mood.

The chairman of Bayelsa State Volunteers, Hon. Oyinkuro Lucky Asanakpo, and the leadership of the agency have paid a condolence visit to the family of Timitimi who was formerly attached to the security outfit.

In a similar development, Joseph Egbunike, deputy inspector general and the head of the Nigeria Police Force Criminal Investigation Department (FCID), is dead.

Egbunike allegedly collapsed inside his office in Abuja in the late hours of Tuesday, March 8.

Until his death, Egbunike was in charge of the highest investigating arm of the Nigeria Police. The late Egbunike investigated suspended police chief, Abba Kyari. The investigation however did not lead to any indictment. 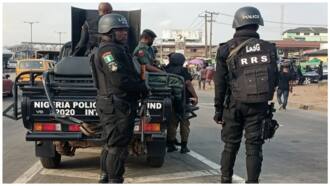 Earlier, Legit.ng reported that the convoy of the Chief of Staff, Prof. Ibrahim Gambari; Minister of Works and Housing, Babatunde Fashola; and his counterpart in Labour and Employment, Christ Ngige, crashed on Tuesday evening, March 8.

The accident occurred during the inspection of a bridge in Asaba, Delta state, with four policemen feared dead.

It was gathered that the driver lost control of the vehicle conveying security operatives and crashed into a deep pit.