– Conversations surrounding girl-child education are still on in Nigeria

The Kaduna government has admitted that the state is the epicentre of banditry in the country, but stated that efforts are in top gear to tackle the issue.

The statement was made by the Kaduna state commissioner for internal security and home affairs, Samuel Aruwan during a webinar on Tuesday, May 18 attended by a Legit.ng reporter.

The webinar which was organised by a foremost civil society organisation, Connected Development (CODE) in partnership with Malala Fund, hosted a forum where stakeholders discussed the harrowing impact of insecurity on children’s education especially that of the girl-child – with a focus on Kaduna state. 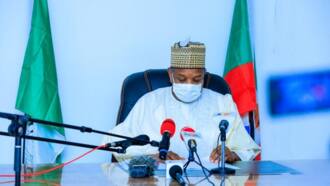 The webinar featured a panel discussion where participants, including Aruwan, discussed the root causes of insecurity in Kaduna as it affects girl child enrollment and education in the state, its effects on the country, and suggestions were proffered on how to tackle the issue.

The commissioner stated that the reason why Kaduna is always in the news for banditry is that the state government acknowledges the problem and not living in denial like some states.

“The reason why Kaduna is the epicentre is that we are speaking up and not living in denial. We ask all of us to reflect and think of what is happening in other states.”

Aruwan also noted that the decision for the Kaduna state government not to negotiate with bandits is right, stating that instead of going to the forests to meet with the criminals, the government will focus on lawful interception of communication between bandits in the forests. 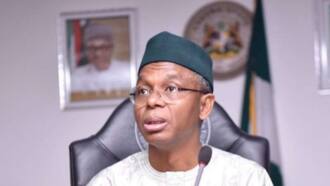 He also stated that the challenges faced by security agencies in tackling the issue are among others, due to numerous hard-to-reach areas in the state and ungoverned spaces.

“It is a fact that our police and military are already overstretched.”

Giving an overview of the security situation in Kaduna, Dr Onyekachi Onuoha, head of research at CODE, lamented that the heightened insecurity in the country is predominant in northern Nigeria which is already the most educationally challenged region in the country.

According to him, Nigeria is likely to experience:

3. Enabling environment for resentment and recruitment of the unemployed into the bandwagon of insurgency.

“Every part of Nigeria is affected in one way or another. The bandits are trying to get the attention of not just the parents of the children but the government as well.

“The kidnapping of school students in the northeast and the northwest of Nigeria has become a frequent phenomenon that is of concern to every Nigerian.

“The psychological and social consequences on parents and guardians are too grievous to describe and the abducted children often have to live with the scars for the rest of their lives.”

He noted that although insecurity is now a national issue, the state seems to be the epicentre of banditry, kidnapping, cattle rustling and terrorism – all of which affects girl-child education.

On his part, Kingsley Agu, programs associate in CODE, gave an overview of the organisation’s intervention in the education sector in Kaduna state.

“Since September 2017, through support from the MacArthur Foundation, Connected Development through Follow The Money started the implementation of the 3-year long project, tracking Universal Basic Education (UBE) spending in Kaduna state.”

Giving a breakdown of the project outcome, Agu said:

“N569,579,737.83 UBE spending in Kaduna state tracked for 23 school projects in 20 communities, ensuring that the budgeted amount was put to good use in 4 local government areas. The project impacted over 200,000 people directly and conducted a needs assessment in 609 schools.”

Speaking earlier, the CEO of CODE, Hamzat Lawal noted that the theme of the webinar will help participants get the right information on what the Kaduna state government is going concerning security.

Recall that the Kaduna government recently revealed that bandits have killed 323 persons while 949 others were abducted by the gunmen in the state in the last three months.

The Kaduna state government made the disclosure on Friday, April 30, when giving a breakdown of data obtained from a security report.

Meanwhile, the Executive Director of the Peering Advocacy And Advancement Centre in Africa, Ezenwa Nwagwu, has said the Nigerian military is struggling to contain insurgents and bandits in the country due to patronage and cronyism in the recruitment process into security agencies.

Nwagwu made the comment during an exclusive interview with Legit.ng recently in Abuja.

The activist noted that the training process in the military has been altered so as to be weaker in force, content, or value.