Lucky Irabor, chief of defence staff, has given Nigerians the assurance that peace would soon be restored across the country.

The new defence chief disclosed this after he was decorated by President Muhammadu Buhari on Friday, March 5. He said the nation will soon be liberated from insecurity, The Cable reports.

Irabor who was promoted to a four-star general added that people cannot continue to live in fear in Nigeria.

According to him, in no distant time, insecurity will be a thing of the past. 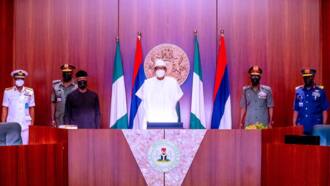 “Nigerians expect us to bring about peace and security in concert with other security agencies. That we will do.” 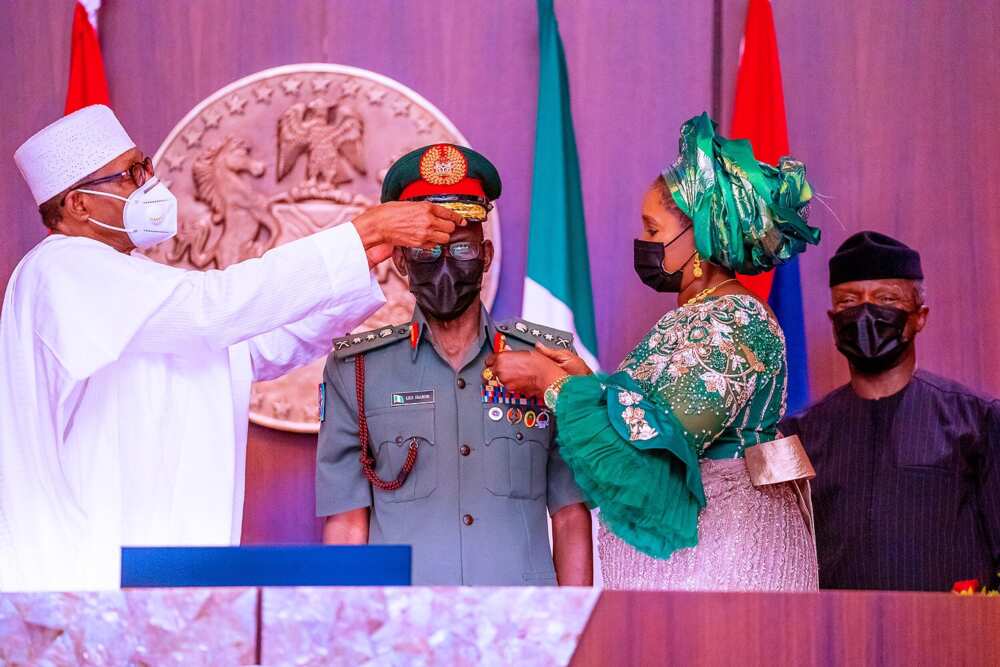 The new defence boss went on to note that he will lead by example. He said he will not give his subordinates instructions that he himself will not obey.

Nigerian Tribune reports Irabor disclosed that various strategies to curb insecurity are being reviewed so as to meet the demands of the current realities.

He added tha as members of the Armed Forces, it is not in their character to demand peace and security of the nation in the hands of the terrorists.

Shortly after decorating the new military commanders their new ranks at the Presidential Villa, Abuja, President Buhari said they have only a few weeks to secure the country.

Buhari said he expected the county to be secure before the rainy season, so that farmers who abandoned their farms in different parts of Nigeria, can be confident to return to farmlands.

Irabor has assured Nigerians that the service chiefs will do everything within their power not to disappoint the president and Nigerians.

Nkem Ikeke is a senior editor at Legit.ng with over 8 years of experience. She is a graduate of Mass Communication from the University of Nigeria, Nsukka. Music, books and her sewing machine keep her busy when she’s not copy-editing or writing for Legit.ng.