Nigeria’s former president, Olusegun Obasanjo, has said that elder statesmen under the aegis of the Committee for the Goodness of Nigeria (CGN) have notified President Muhammadu Buhari of their recent meeting in Abuja on the insecurity in the country.

The Punch reports that the ex-president said members of the CGN agreed in principle to formally present their resolutions to President Buhari before any public disclosure.

Legit.ng gathered that Obasanjo offered an insight into what was discussed at their Thursday, June 10, meeting, which according to him, bothered on issues of security, economy, welfare, well-being, unity and progress of Nigeria. 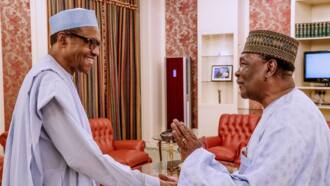 Message to former Nigerian leaders: Save our nation from total collapse, NCFront begs Gowon, others

“We are made up of former heads of state and presidents, former Chief Justice of Nigeria, and former National Security Adviser. CGN also comprises organised labour, academia, women and other groups.

“We acknowledged the letter written in response to our own letter informing the President of our meeting and his goodwill message was that the outcome of our meeting would be of interest to him.”

The Guardian also reports that the former president also noted that Nigerians would soon be aware of the motive of the coalition through its actions.

“Actions on our part and other people’s part that are of immediate requirements, you will be seeing them. We pledge to ourselves to change the narrative. We have to start building confidence and be reaching out. From now on, you will hear from our actions on the outcome of our deliberations.” 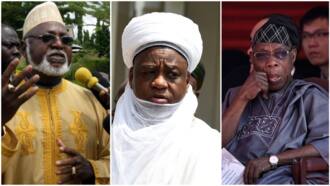 Meanwhile, Legit.ng had previously reported that former president Obasanjo said that although Nigerians would fare better staying together than breaking up, the nation’s unity should not be at ‘any cost.

It was reported that he stated this in Abeokuta, the Ogun state capital, at his investiture as a Fellow of the Nigerian Institution of Surveyor (NIS) organised by the Ogun chapter of the Body of Fellows of the NIS.

The ex-president called on agitators for the disintegration of the country to shelve the idea and work for the oneness of the country.