Nigeria’s president, Muhammadu Buhari, has told the new service chiefs that they have only a few weeks to secure the country.

The president made the charge on Friday, March 5, shortly after decorating the new military commanders their new ranks at the presidential villa, Abuja. 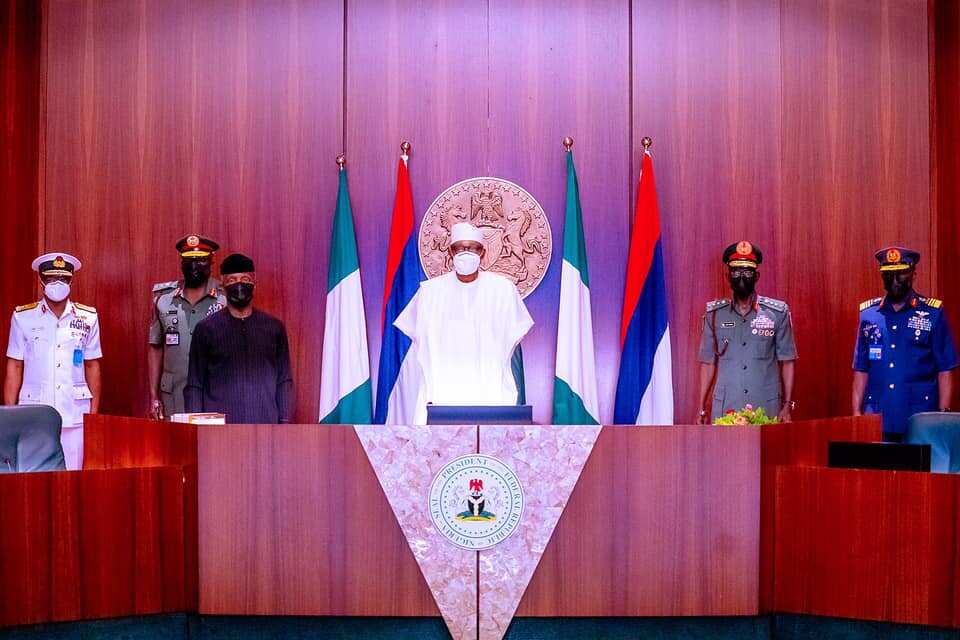 According to a statement by a presidential aide, Femi Adesina, Buhari said he expected the county to be secure before the rainy season, so that farmers who abandoned their farms in different parts of Nigeria, can be confident to return to farmlands.

”During our four-hour security meeting, on Tuesday, I had taken the responsibility as Commander-in-Chief for you to go out into the field and secure the country.

“You have got a few weeks to do that because by the rainy season, we expect people to develop confidence and go back to the land, so that we don’t get into trouble by being away from the field and therefore unable to produce enough food for the nation.”

The president stated that the service chiefs should see their appointment, clearance and decoration as a vote of confidence on them.

He advised them to identify competent officers and deploy them effectively to make sure that the country is secure.

Buhari also assured the military commanders of his firm support as they deliver on their responsibilities.

Meanwhile, the Nigerian Army has denied a recent report alleging that a total of 12 officers and 89 soldiers were declared wanted for running away from the anti-Boko Haram fight in Borno state.

Yerima made this known on Thursday, March 4, in a statement he signed and was shared on the army’s official Facebook page.