Home / Blog / Entertainment / Invest at Your Own Risk: Tonto Dikeh Drags Wale Jana As She Distances Self From His Brand, Apologises to Fans

Invest at Your Own Risk: Tonto Dikeh Drags Wale Jana As She Distances Self From His Brand, Apologises to Fans Invest at Your Own Risk: Tonto Dikeh Drags Wale Jana As She Distances Self From His Brand, Apologises to Fans


Actress, Tonto Dikeh has distanced herself from Wale Jana and his Sapphire Scent brand by sincerely apologising to her followers.

The actress took to her Instagram page to share Wale’s photo and issued a disclaimer she admitted was long overdue.

Tonto further stated that she has been receiving death threats and complaints from investors in the brand from 2020 and revealed that she was also a victim. 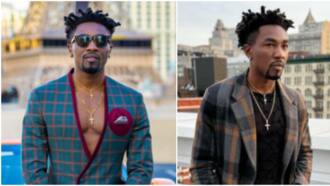 You came to the world poor, in poverty you shall return: BBNaija’s Boma in war of words with Twitter fans

She then apologised to the people as said:

I’m aware that over 99.9percentage of their/his investors came from me being their brand ambassador and I am so sorry for this.”

The movie star insisted that she will work with the right authorities to ensure people get justice and the money they invested in the business back.

She finally stated that people who invest in Wale’s real estate business do so at their own risk.

Read her full statement below:

Nigerians have reacted differently to Tonto’s disclaimer, most of them commended her.

“Omohthe way they put their ambassador’s at risk.” 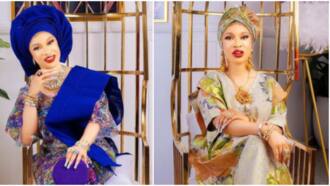 I will do everything apart from selling my body to make money: Tonto Dikeh declares in new beautiful video

“It is well oh … These guys steady putting their ambassadors in difficult situations.”

“How people conveniently and comfortably dupe others off their hard earned money is beyond me. And Nigerian authorities ain’t doing anything to get him to custody.”

“Well said I pray they all get their refunds.”

Legit.ng previously reported that Toyin Abraham and Odunlade Adekola were forced to issue apologies on behalf of a real estate firm they both represent.

The apologies came after fans of the movie stars patronised the real estate company due to trust in the celebrities were not given their due land allocations.

Odunlade particularly apologised for his outburst at those who complained as he gave assurances that he’s working to ensure swift resolution of issues at hand.