The heavyweight showdown between Anthony Joshua and Tyson Fury will be staged on either August 7, or 14, in Saudi Arabia, according to promoter Eddie Hearn, Daily Mail.

However, Hearn confessed that there still some hurdles to get past before the megafight will go ahead as planned.

According to Sportmail, the city of Jeddah is the preferred destination but the major pitfall is the forthcoming Olympics. 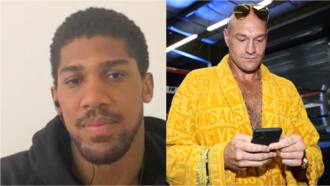 Joshua’s trainer Rob McCracken is the performance director of the British boxing team that will be competing at the Tokyo Olympics between July 23 and August 8.

And it is not certain how McCracken will be available for the boxing Olympic team and the final stages of Joshua’s preparation for his bout against Fury unless the date is moved towards the end of August.

“I think it’s a very bad secret that the fight is happening in Saudi Arabia.

“To be honest with you, I don’t mind giving you that information. Bob Arum [Fury’s US promoter] has already done it.

“August 7 or 14 is going to be the date. Of course you’ve got the Olympics finishing on August 7, so in terms of a global spectacle, it would make sense to go on the 14th. That’s one of the things to tick off in the next, hopefully, few days.” 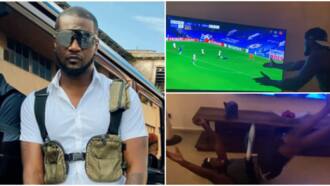 Meanwhile, Legit.ng had earlier reported that British-Nigerian boxer Anthony Joshua has expressed frustrations after he discovered that his bout with Tyson Fury has been delayed yet again, Mirror reports.

It was gathered that Fury is yet to sign off on the undisputed fight and Joshua has taken to social media to lament his frustrations, saying he is tired.

The heavyweight unification bout between Anthony Joshua and Tyson Fury was earlier scheduled to take place in Saudi Arabia this summer.

A rematch worth £500million is billed to take place in London later in the year as the world is set for a blockbuster boxing showdown.