Diogo Jota came off the bench to score twice as Liverpool secured a third straight away win at the expense of a lackluster Arsenal.

In a game where Jurgen Klopp’s men thoroughly dominated, it took them nearly an hour to finally break the deadlock.

Jota powered in a header thanks to a powerful cross from Trent-Alexander Arnold to score within three minutes of replacing Andy Robertson. 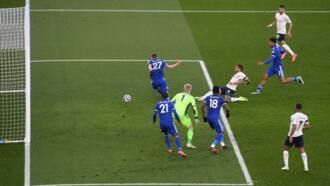 The goal finally broke down Arsenal who conceded another four minutes later with Mo Salah getting past defender Gabriel to slot past Bernd Leno.

Jota then made sure of the result late in the game when he swept home another for his 14th club goal of the season.

Mikel Arteta’s men were far from their best on the day, with the visitors at times toying with them through long spells of possession.

The win takes Liverpool to fifth on the log, above the likes of Westham and Spurs who play on Sunday while the defeat will come as a huge blow to North Londoners’ European ambitions ahead of the coming season.

Both sides will shift focus to Europe, with Liverpool facing Real Madrid in the Champions League on Tuesday, while Arsenal set their sights on Slavia Praha in the Europa League. 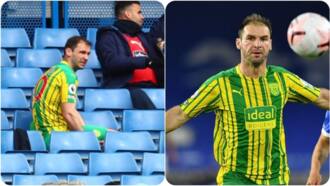 A goal each from Benjamin Mendy and Gabriel Jesus were all the Citizens needed to claim maximum points against one of their toughest rivals.

Pep Guardiola’s men are now closer to winning their third title in four seasons as they remain at the summit of the table with 74 points after 31 games.