– After months of internal investigations, UNILAG has sacked two lecturers caught in a sexual scandal

– The lecturers, Boniface Igbeneghu and Samuel Omoniyi Oladipo, were first exposed in an independent investigation by BBC

– Dr Igbeneghu who is also a pastor and his colleague, Dr Oladipo, were caught demanding sex from students in exchange for good grades

Akoka, Lagos state – The University of Lagos (UNILAG) has finally sacked Boniface Igbeneghu and Samuel Omoniyi Oladipo, two lecturers exposed in the sex-for-grade investigation released by the BBC in 2019.

The two lecturers were caught soliciting sex from students in exchange for grades.

Recall that the institution had earlier suspended Igbeneghu, who doubles as a pastor, and Oladipo following the investigation and set up a panel to look into the allegations against them.

About two years after, UNILAG in a statement on Wednesday, June 2, announced the lecturers’ dismissal. 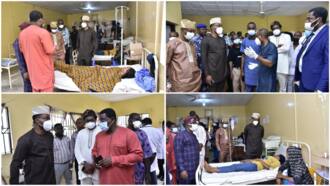 In a statement posted on its website, the university said their dismissal followed the BBC report and findings of its Senate committee constituted to probe the matter.

Legit.ng gathers that the immediate sack of the lecturers was approved by the governing council of the institution at its meeting which held on Monday, May 31.

Meanwhile, in the aftermath of the BBC report, Aliyu Maigado, a lecturer with the Department of Animal Science, Federal University of Kashere, Gombe state, challenged any of his students to expose him if he has, at any point in time, sexually harassed or extorted money from them.

“I am Aliyu Maigado, a lecturer with Department of Animal Science, Federal University of Kashere, Gombe state. Over the years, I taught several courses and interacted with many students, both male and female. If as my student, I ever extort money from you; demanded for or sexually harassed you, between you and your God, kindly report and expose me. Thank you.” 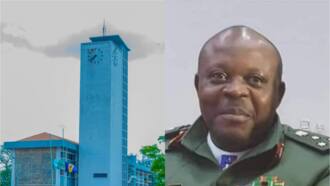 In another related report, Afeez Baruwa, a part-time lecturer at the University of Lagos, was in February 2020 sentenced to 21- years in prison by an Ikeja high court for sexually assaulting an 18-year-old admission seeker.

Justice Josephine Oyefeso presiding over the case convicted Baruwa of a one-count charge of rape brought against him.