– The Yummy hitmaker took to social media on Monday, 7 June to announce that the remix to his hit Peaches is now out on all digital streaming platforms

Justin Bieber has taken to social media to announce that he has released the remix to his hit song, Peaches. The remix features veteran US rappers, Snoop Dogg and Ludacris, and singer Usher.

The original version of the track released in March this year features Daniel Caesar and Giveon. The Yummy hitmaker took to Twitter on Monday, 7 June to announce the news and share the link to the remix. 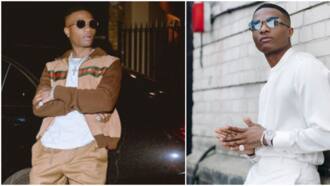 Make Wizkid a statue in Lagos: Man says as he reveals singer has the best album game in the last 10 years

The superstar’s fans have already started streaming the dope jam and have shared their thoughts on the remix. Check out some of their comments below:

“You know I LOVE PEACHES.”

“This will be interesting.”

“Thank you!! This remix is amazing!”

In other news, Legit.ng reported that Justin Bieber released his sixth studio album, Justice, on March 19, 2021.

More exciting for Nigerians is the fact one of the country’s top musicians, Burna Boy, was featured on one of the songs, Loved by You. The 2-minute 39-second song has Burna Boy doing what he knows how to do best on the second verse of the song which is track 14 on the album.

Nigerian producer and Burna Boy’s regular collaborator LeriQ is also listed as a producer on the record. Well, the song has left quite a lot of music lovers impressed, many of whom took to Twitter to shower praises on the self-acclaimed African giant.