Singer Kelly Hansome has joined actress Ada Ameh and BBNaija Tboss to call out Lockdown star Ka3na over her rude behaviour towards the fan that tattooed her name on her thigh.

Noting the reality star’s tweet about someone tattooing her name on their body, Hansome noted that Ka3na’s response to her fan’s show of love can lead her into depression. 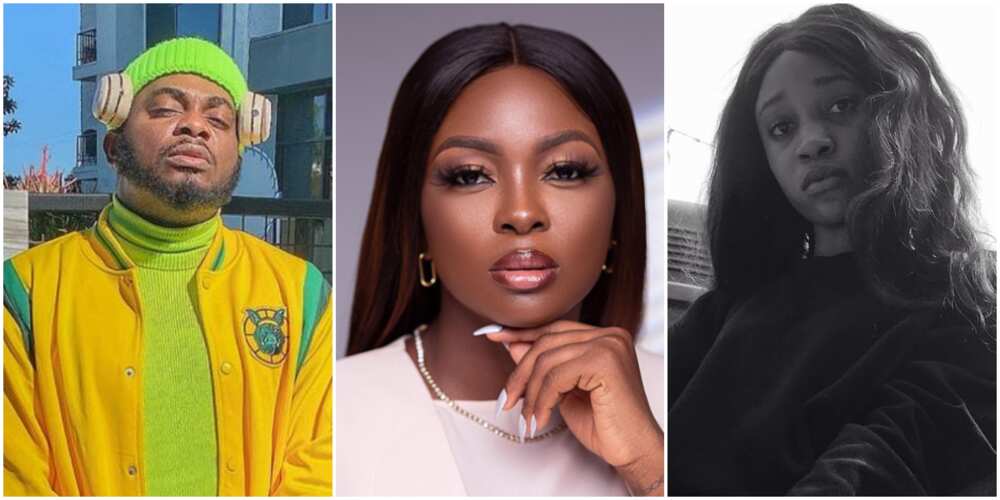 Kelly Hansom reacts to Ka3na’s behaviour towards the fan that tattooed her name on her thigh.
Photos: @kellyhansome, @official_ka3na, @srmt_juice
Source: Instagram

“A tattoo she will look at everyday and is probably still hurting her right now has already got her feeling this way? Nobody deserves to feel this way and this is what we get when celebrate the wrong people. Just because you went to big brother doesn’t mean you should bash this little girl for showing you fan love. “Please tag the girl if you know her, I have something for her. You might not know what it feels like to be in her shoes right now.

“@official_ka3na You better call that little girl, apologize to her and make her feel better about herself. Y’all could even go on a date and make something great out of this. A celebrity is supposed to be a role model to his or her fans, not a bully to them.”

In other news, Legit.ng earlier reported that Nkechi Blessing told a fan who tattoed actress’ name on her body that she is on her own.

A fan identified as Oyindamola tattooed actress Nkechi Blessing on her arm but the film star does not seem impressed by the show of love.

According to her, she does not have any money to give whoever tattoos her name on their body. 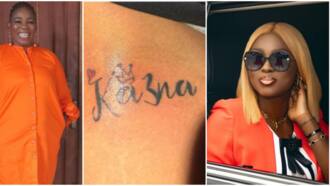 The film star stated that she is also looking for someone to tattoo on her body so that she can get money from it.