The Diocese on the Niger, Anglican Communion has accused one of its priest of impregnating a woman who approached him for prayers and spiritual healing.

As a result of this and others issues, the Diocese says it has suspended and withdrawn the ordination license of the cleric over alleged immorality and insubordination, Daily Trust reports.

The cleric, Rev Lumen Christi Eboh, according to the church made himself a god contrary to his mandate to be a role model as a servant of God with the calling to draw souls of those willing to repent of their sins to Jesus Christ. 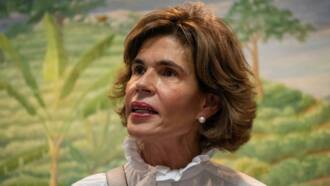 This was disclosed by deputy chancellor/registrar of the Diocese on the Niger, Anglican Communion, Ben Uzuegbu, a Senior Advocate of Nigeria (SAN), during a press conference held at the Secretariat complex of the Nigeria Union of Journalists (NUJ) Anambra state Council, Awka.

He also accused Rev Eboh of allegedly indulging in immoral acts with women other than his wif. This he said has led to several petitions and complaints

Also, the cleric was also of fraudulent activities as well as a lack of accountability while he was in the service as a clergy of the Anglican Church.

Meanwhile, Rev Eboh, had two weeks ago announced his resignation from office as a priest of the Anglican Communion in Anambra state.

According to him, some forces in the church had caused his wife to leave him. 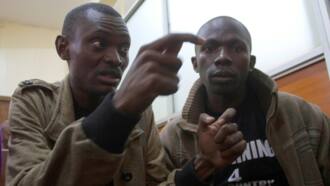 In another report, a popular Catholic clergyman, Father Oluoma has in a short video used Bobrisky as an example during his sermon.

In the video that is part of a series of clips that spoke about the need not to judge people by their appearance, Father Oluoma asked his congregation.

For some of his members who may be confused about his gender, he quickly told them that a crossdresser is a man who only dresses like a woman. He even gave them Bobrisky’s full name.