Chat platforms like WhatsApp and Telegram have avoided being blocked by Russia — unlike some of the world’s biggest social networks — in a tenuous tolerance that experts warn could end suddenly.

Years of tension between Moscow and US-based Facebook and Twitter erupted into confrontation after the invasion of Ukraine, with the platforms targeting state-tied media and then finding themselves restricted in Russia.

YouTube, which has barred channels linked to Russian state media globally, was on Friday also facing a direct threat of being blocked after Russia’s media regulator, Roskomnadzor, accused the site’s owner Google of being “anti-Russian.”

Messaging apps, however, have gotten a pass so far in part because Meta-owned WhatsApp is less suited for mass communication, while Telegram’s ability to blast information to large groups has made it useful both for independent media and the Kremlin. 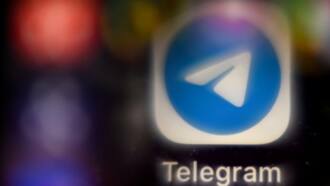 “I think it’s unlikely Russia will ban Telegram because they are so short on platforms where they can operate,” said Sergey Sanovich, a postdoctoral researcher at Princeton University, who noted that authorities in 2020 aborted efforts to block the service.

Telegram, criticized as having a lax content policing policy, offers a forum for Russian authorities to promote narratives friendly to their internationally condemned war.

Russia still operates accounts on platforms like Facebook, despite blocking the service at home, but this week the Silicon Valley giant took down posts from Moscow’s pages that contained misinformation about its deadly offensive.

Telegram has become an essential exchange for news on the war, with its growth accelerating after the Kremlin’s latest crackdown on independent media and the lock-out of apps like Facebook and Instagram.

An average of 2.5 million new users joined Telegram daily in the last three weeks, the firm said, about a 25 percent jump from the weeks prior. 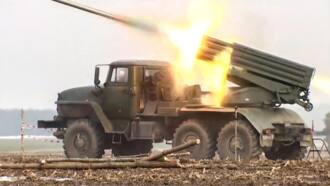 But experts highlighted a risk to Telegram and its users due to a lack of default, end-to-end encryption that potentially leaves the company susceptible to government pressure to turn over information.

Alp Toker, director of web monitoring group NetBlocks, noted WhatsApp has put in place firestops that offer insulation against that sort of pressure.

“By improving their security and adopting end-to-end encryption technology, they have essentially protected their own platform from legal risk and potential demands for content access requests,” Toker added.

WhatsApp’s use for one-on-one or group chats make it less of a target for Russian authorities for now, but that could change if it became known as a key platform for protests against the war.

“Primarily, Roskomnadzor has been very concerned about channels and news and ways of disseminating information to large numbers of people, which WhatsApp and such are less good for,” said Eva Galperin, director of cybersecurity at Electronic Frontier Foundation. But Toker noted that the question hasn’t reached a critical point yet for authorities, partly because it was social media platforms, many of them now blocked, that had played a key role in organizing.

“As those (platforms) disappear, the dynamics could change and messaging apps could become the next target,” he added.

WhatsApp was one of the most popular apps in Russia in 2021, with some 67 million users or about 65 percent of internet users in the country — far ahead of TikTok, Russian social media platform VK, and even Telegram, according to data from eMarketer.

But YouTube, with 76 million viewers in 2021, drew more Russians than any of the above platforms, the data showed.

Its popularity was due in part to the access it offers to entertainment for everyday Russians, who in turn provided an audience for politicians and the government seeking their attention.

Sanovich, the Princeton researcher, said the platform had simply gotten on the wrong side of authorities. 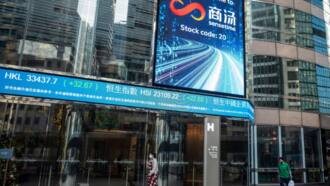 “They have a hard time controlling YouTube in terms of censorship and YouTube’s recent moves made it less valuable as a venue for foreign propaganda,” he noted.

The lack of a sufficiently high-quality homegrown alternative has also been a complicating factor for the government in deciding what to do with YouTube.

Toker, the NetBlocks director, cautioned that the blocking of YouTube would mean confronting Google, with its suite of services like Gmail.

“Declaring war on YouTube effectively means declaring war on the rest of the company,” he noted. “Google is a major force in business and a significant connection to the outside world.”