New Zealand ended a three-match losing streak with a 35-23 Rugby Championship win over South Africa at Ellis Park in Johannesburg on Saturday and may have saved the job of embattled coach Ian Foster.

A last-minute try by lock Scott Barrett sealed victory for the All Blacks after a thrilling second round match.

Foster had been under fire after five losses in six matches ahead of the Johannesburg showdown, including a 16-point defeat to Rugby World Cup champions the Springboks last weekend.

But a much-improved All Blacks side turned the tables after a match in which South Africa led by one point with six minutes remaining before conceding two converted tries.

“To say I am proud is a massive understatement,” said New Zealand skipper and flanker Sam Cane, who has also been criticised amid reports he would lose the captaincy to lock Sam Whitelock. 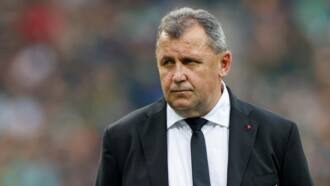 “Adversity really challenges your character and this group has got plenty of character. There has never been a question of how much we care or how much we want it.

“It is a massive challenge coming here, one of the toughest places in the world to play, and the group stepped up massively.

South Africa flanker and skipper Siya Kolisi said: “We could not pull through today. In the first half the game was quite fast and we could not impose our game plan.

“They played really well. We always knew they only needed a couple of moments to make it count.”

New Zealand recovered from a poor start, with full-back Jordie Barrett knocking on inside 40 seconds, to control the early stages. 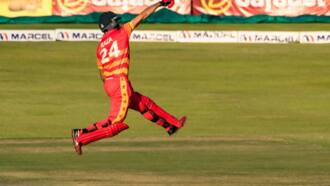 Raza at the controls of high-flying Zimbabwe

South Africa suffered a blow with only 10 minutes gone when groggy winger Jesse Kriel was forced to retire and veteran full-back Willie le Roux came on.

Fortunately for full-back Damian Willemse, there was no score as he sat on the touchline due to a yellow card while a sell-out 61,519 crowd roared on the home side.

The first points in an arm wrestle came on 25 minutes when recalled fly-half Richie Mo’unga slotted a penalty for the visitors.

His successful kick triggered a period of away dominance in which Cane and hooker Samson Taukei’aho scored tries, the second of which Mo’unga converted.

When New Zealand moved the ball wide, winger Will Jordan sent Cane over in the corner for his second try against South Africa.

Taukei’aho then used his strength to power over and this time Mo’unga split the posts with his kick for a 15-point lead five minutes before half-time. 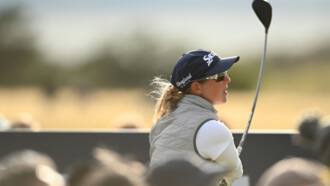 An indication of South Africa’s concerns was a series of the first-half substitutions with hooker Malcolm Marx, prop Steven Kitshoff and No. 8 Jasper Wiese introduced.

The hosts needed to score quickly, and they did with centre Lukhanyo Am diving over and fly-half Handre Pollard converting.

Pollard had not missed a kick at goal in his last two Tests — against Wales and New Zealand — and he maintained his record in first-half added time.

Opting to go for goal from the halfway line, his kick just made it and as the teams trooped off the field a 15-point New Zealand advantage had been cut to 15-10.

The second half became a thriller with South Africa finally edging in front at 23-21 when Pollard kicked a penalty on 68 minutes.

But intense All Blacks pressure led to tries from centre David Havili, when replacement back Beauden Barrett was yellow-carded, and lock Scott Barrett and Mo’unga converted both.

Wing Makazole Mapimpi was the other Springbok try scorer as Pollard accumulated 13 points from two conversions and three penalties.