Gboko, Benue state – Ahead of the next general elections in 2023, Samuel Ortom, the governor of Benue state, has unveiled six gubernatorial aspirants of the Peoples Democratic Party (PDP).

Daily Trust reported that the Benue governor introduced the aspirants on Sunday, June 13, in Gboko during the defection of notable Benue APC politicians, Joseph Kaaba, Francis Kwaghgba, and their supporters, to the PDP.

Legit.ng gathers that brief statement on the official Facebook page of the Benue state government also outlined the Benue governor’s activities in Gboko.

2. Titus Uba, Speaker of the Benue state House of Assembly 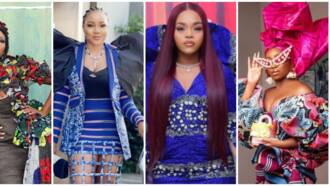 The Benue state governor noted that there are other PDP gubernatorial aspirants but they were unavoidably absent at the event.

He advised the governorship aspirants to work as a team, noting that only one person would eventually occupy the seat in 2023.

Reacting to the development via Facebook, Uli Terhile said:

“By 2023 the people of Benue will elect a candidate that will pay their salaries when it’s due, and also develop infrastructure.

“Fortunately, Buhari will be gone and the menace of the marauding Fulani man well decimate too. God bless Benue.”

“Ortom is more valuable than all our Northerner governors put together. Bite me.”

“Ortom that couldn’t not commission a project, while Zulum of Borno is commissioning every time. Wake up.”

Earlier, Legit.ng reported that the campaign posters of Governor Ortom for Senate flooded Makurdi, the state capital, on Monday, May 17. 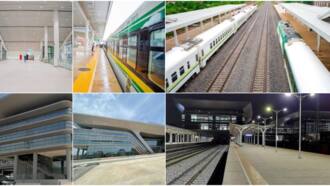 The posters sponsored by a group known as “Diversity Managers Club” were seen at the High-Level roundabouts, Wurukum roundabouts, among other areas in the state capital.

Reacting to the development, the spokesman of the governor, Akasem said it is the people’s wish so the governor won’t stop those behind the posters.