Pep Guardiola has revealed that his side’s unbelievable run of 19-match unbeaten is because they have money to buy quality players, Goal.

The Citizens’ latest victory was the 2-0 win over Borussia Moenchengladbach in the Champions League last 16 first leg fixture.

The oil-rich club have spent £500million since the former Barcelona and Bayern Munich boss took over in 2016. 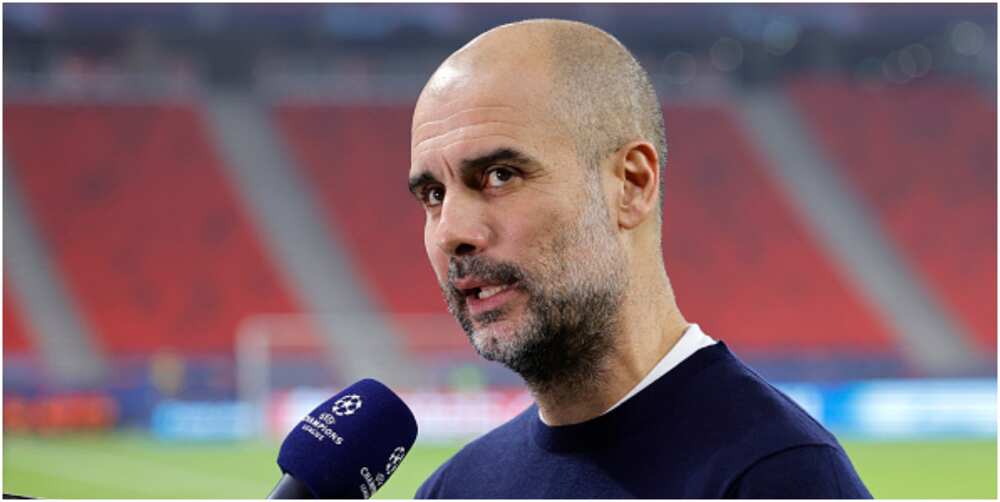 Guardiola has spent over £500m since arrival at the Etihad and it has paid dividends.
Photo by Man City FC.
Source: Getty Images

And he has signed the likes of Ilkay Gundogan, Gabriel Jesus, Leroy Sane, Bernardo Silva and Riyad Mahrez since he became boss at the Etihad. 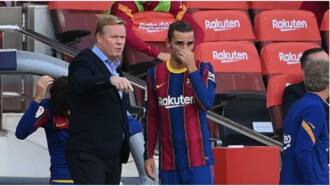 The Spanish gaffer’s joke was quoted by Goal:

“We have a lot of money to buy a lot of incredible players.

“It is true. Without good quality players, we cannot do it. The humanity of this group… the players are fantastic and have an incredible relationship. They play every game to think just win that game.

“Today, enjoy the night and then think about West Ham. When people talk about the second leg, the second leg is in three weeks so now the next target is West Ham. That is all I am concerned with.”

City are currently leading the pack in the Premier League with ten points as they face West Ham before taking on Wolves.

Then Guardiola’s men will come face-to-face with man United on March 7, 2020, at the Etihad.

Meanwhile, Legit.ng had earlier reported that Manchester City head into the second leg of their Champions League round of 16 game with a two-goal advantage over German side Borussia Monchengladbach on Wednesday, February 24.

A goal each from Bernando Silva and Gabriel Jesus were all Pep Guardiola’s men needed to beat their hosts on home turf.

The victory stretched the Citizens’ win across competitions to 19 – a record being held by the Spaniard and his Etihad Stadium club.