– Meanwhile, Scholes wants the club to buy another creative midfielder to take pressure off Bruno Fernandes

The Red Devils have enjoyed a tremendous campaign this season and nearly have the Premier League title a shot before they dropped out of the title race.

United sealed a second-place finish with 74 points from 38 points, 12 behind City who emerged champion at the end of the competition. 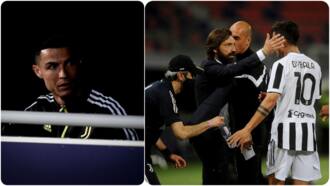 However, Ole Gunnar Solskjaer will enter the market in search of new legs this summer in a bid to bolster his squad in readiness for the upcoming season.

Whereas a striker had earlier been identified as a priority, Solskjaer will now have to shop for other departments after Edinson Cavani agreed to extend his stay at Old Trafford by a further year.

Scholes has now urged his former side to shop for a creative player to ease the pressure on Bruno Fernandes, while another centre-half to partner Harry Maguire should be a priority.

Maguire and Victor Lindelof have been paired together for the longest time now, but Scholes feels United should find an upgrade for Lindelof.

The legendary midfielder went on to identify Paris Saint-Germain talisman Marquinhos as a better alternative. Scholes said as quoted by Metro UK and The Mirror saying: 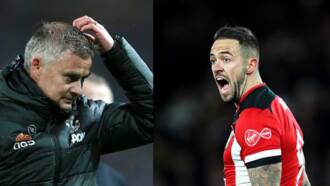 “I think we need someone who is a creative midfield player. Grealish or Sancho, one of them would be ideal. It would be great to have a left-footed centre back but I don’t think it’s needed, I don’t think we are desperate for that.

“I would like to see a centre-half come in next to Maguire. I think Lindelof is doing alright, I just think alright isn’t good enough to win a league.”

Legit.ng earlier reported that David Beckham becomes the third Manchester United legend to be inducted into the Premier League Hall of Fame.

The 46-year-old was a household name during his 11-year reign at Old Trafford winning 12 major titles in the process.

He has now joined fellow Red Devils icons Eric Cantona and Roy Keane, while Alan Shearer and Thierry Henry are the founding members.