Marquise Jackson is best known as the eldest son of renowned rapper 50 Cent. He has followed in the footsteps of his dad by becoming a rapper and actor. So, precisely who is 50 Cent’s son?

The relationship between 50 Cent and his son duo has been a rocky one since Marquise was a young boy. So what caused the feud between them? Find out about the and more, including 50 cent’s son’s age, career journey, and background. 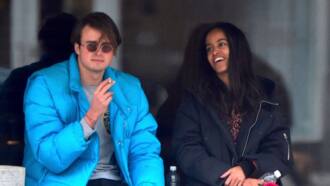 The 23-year-old was born in California to his dad Curtis Jackson and his mum Shaniqua Tompkins. His parents broke up when he was about 10. He has a half-brother named Sire (from Curtis’ relationship with Daphne Joy) and a sister named Mia.

50 Cent’s son Marquise was interested in and played basketball in his early years. In 2014, he was a star prep school player at St. John’s Military Academy. He was also interested in music from an early age.

Marquise Jackson (25 Cent) has taken the same path as his father and is forging a career as a rapper. He began his rap career in 2017 with his first single titled Different. He has other titles such as Follow Your Heart and Just Another Freestyle. His songs are centred around his strained relationship with his father.

The young rapper has also explored acting and has appeared in two documentaries about his dad. He also acted in the movie Dope Fiend in 2017.

The young rapper’s net worth is not known. However, he is thought to be living a comfortable life as his career is taking shape and has also been provided for by his father growing up.

Relationship between 50 Cent and his son

50 Cent and son Marquise have been in a complicated father-son relationship. Their relationship took a negative turn when Marquise was only ten years old. They have since said bad things about each other on various platforms, including social media and the press.

The situation wasn’t always that way, as 50 Cent had previously shared that being a father to his son was a motivation for him and changed his priorities. He even had a tattoo with his son’s name on his bicep. He said that the toughest thing about breaking up with Shaniqua was that he could not see his son as often as he wanted.

What happened between 50 Cent and his son?

His parents’ bitter split-up partly influenced 50 Cent’s son Marquise’s beef with his dad. His father had a $4 million mansion located in Long Island, which Shaniqua claimed was promised to her. After Curtis and Shaniqua broke up, Curtis evicted her from the house.

On May 30, 2008, when Curtis was out filming a movie in Arizona, the house was burnt to the ground. The blaze seemed suspicious even to the authorities. Shaniqua claimed that her ex was trying to kill her and her son.

50 Cent’s son Marquise Jackson picked up the feud between his parents and chose to side with his mum. His dad messaged him in 2012, threatening to remove him from his will. Curtis was also absent at Marquise’s high school graduation in 2014.

Curtis seems not to be bothered by the bad blood between him and his son. He shares in his book that it’s too late for their relationship to work and that he has tried so long to make it work to no avail. He feels that his son Marquise has a huge sense of entitlement, which he doesn’t like.

Danny Miller bio: age, height, siblings, who is he dating?

When commenting on a photo of his son and a son of one of the men who had allegedly planned to kill him at some point, Curtis tweeted that he wouldn’t mind if either of the two in the photo was hit by a bus. The sentiments show just how bad the relationship between the father-son duo is.

In an interview with Rap-Up in 2017, Marquise Jackson, 50 Cent’s son, shared that he felt differently about his dad as he got older because he observed certain patterns that affected their relationship negatively. He used to see his dad as a superman before then.

Legit.ng recently published the biography of Lauren Salzman. She is famous as the daughter of Nancy Salzman, the NXIVM’s founder. Lauren was among the company’s top leaders alongside her mother. Asante Blackk bio: Who is the actor that plays Malik on This Is Us?

NXIVM was an American cult that engaged in sex trafficking, forced labour, and racketeering while claiming to be a multi-level marketing company. What is known about one of its leaders, Lauren Salzman? Read to find out.