The federal government on Thursday, February 4, announced that registration for the guaranteed offtake stimulus scheme and the general Micro, Small and Medium Enterprise (MSME) grant would commence on Tuesday, February 9.

The minister of trade and investment, Mariam Katagum, who is also the steering committee of the MSMEs survival fund and guaranteed off-take stimulus scheme said the programme is aimed at protecting and sustaining the incomes of vulnerable Micro and Small Enterprises by guaranteeing the offtake of their products.

She said that a total of 100,000 Micro and Small Enterprises would benefit from the scheme, adding that a total target national number of beneficiaries is 100,000. 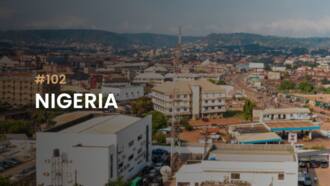 The breakdown of beneficiaries is as follows:

Legit.ng hereby presents the qualification criteria for the MSMEs as follows:

1. Applicant must be a Nigerian National.

2. Applicant must be registered under the Corporate Affairs Commission (CAC) with at least a business name certificate

3. Applicant must have a verifiable BVN and Bank Account

4. Applicant must have at least 2 staff

5. Applicant must be ready to produce under NAFDAC and SON specifications.

Meanwhile, Legit.ng had previously reported that the minister of state for industry, trade and investment, Mariam Katagum, said that the portal would be opened to all MSMEs to apply for the intervention funds.

The guaranteed offtake stimulus scheme is targeted at protecting and sustaining the incomes of vulnerable MSMEs by guaranteeing the offtake of their products.

In a related development, following the successful launch of the MSMEs Survival Fund on September 21, the federal government announced the next implementation stage with the official launch of the Artisans’ Support Scheme on Thursday, on October I, Independence Day.

This was disclosed by the project delivery office, MSMEs survival fund and guaranteed offtake schemes on Friday, October 2.